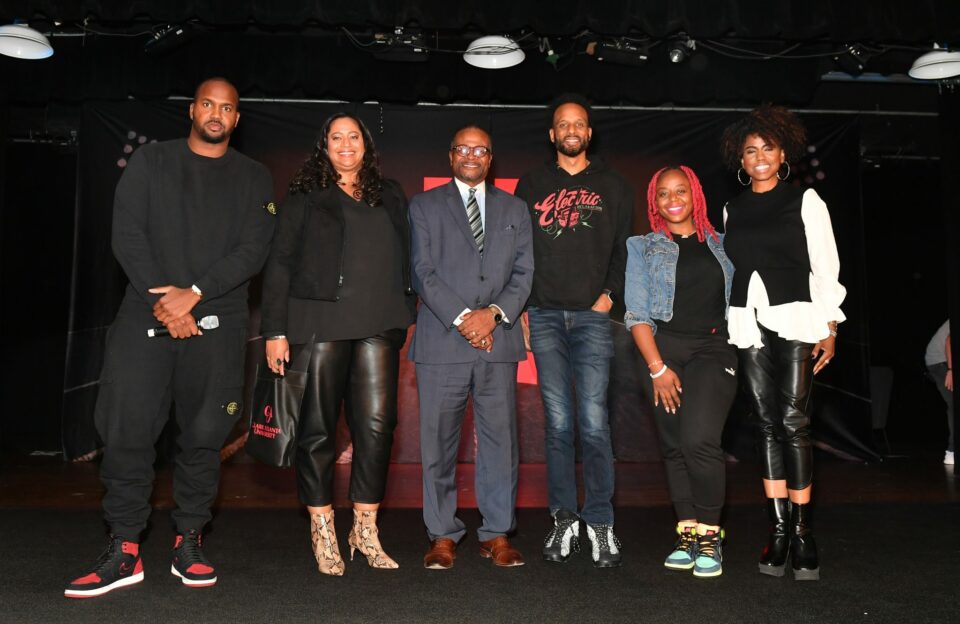 One week after the release of Colin Kaepernick’s debut biopic “Colin in Black and White,” Netflix decided to bring the show to Clark Atlanta University to promote the new series.

Following the screening, the network hosted the Path To Power Summit, in an effort to provoke transformative dialogue about the topics addressed in the series and empower HBCU scholars waiting to start their careers.

The panel discussed issues surrounding the reality of being Black in a predominately white industry, the lack of Black representation in business, and the importance of maintaining one’s individual uniqueness.

It also included a guest appearance from Jaden Michael, the actor who plays young Colin Kaepernick.

Jaden talked about how reading Kaepernick’s story resonated with him and the cultural significance of the show, stating “At 16 I started feeling different because I am spending more time on my own and I started noticing that people are not treating me the same way because my mom isn’t standing right next to me,” he explained.

“Now, I am not that cute kid who shops at Jcrew anymore, I am the kid who is walking down the street and sort of becomes a public enemy. Those things started to bother me, but I didn’t know how to contextualize it and it wasn’t until I started working on Colin’s story that I was able to put those buttons together and I realized wow a lot of what I have been guilting myself for for the past 15 years hasn’t really been my fault,” he said.

“The fact that there are multiple generations of people complaining about the same issues of race, alienation, and each time this conversation comes up there is a continued wave of push back from other groups only lends truth to the issue.”

Narrated By Colin Kaepernick, “Colin in Black and White” details Kaepernick’s early life and his journey to self love and acceptance. Besides talking about his experience growing up biracial, he also walks down memory lane analyzing the historical legacy of anti-blackness in pro league sports, honors the cultural movements created by iconic figures like Clive Campbell aka DJ Kool Herc, and dissects the detrimental and misleading portrayal of Black people on television.

Like the series, the summit explores how to overcome rejection and plan for the unexpected.

The event ended with a special performance from Dreamville artist, JID. Inspired by the former quarterback, he performed two of his latest songs called “skeegee” and “off da zoinks.”