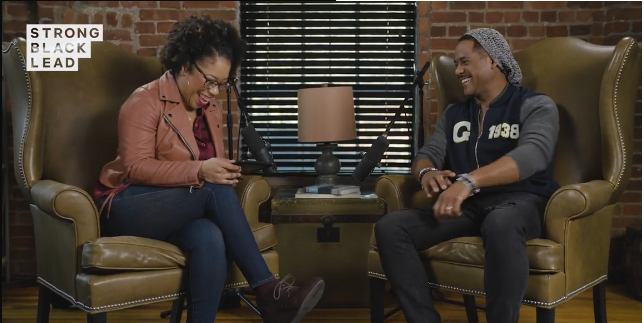 Netflix has been curating a library of black film classics in its streaming library in addition to producing its own original content. The company announced that it will bring back the Strong Black Lead podcast on March 3 for the second season of Strong Black Legends. The podcast was designed to celebrate individuals whose works have shaped Hollywood and black entertainment culture.

The weekly show focuses on black Hollywood’s accomplishments over the years while spotlighting the powerhouses that are driving the culture. Each episode, host Tracy Clayton, former host of the critically acclaimed Another Round podcast, interviews living legends from iconic black sitcoms and movies revealing the untold stories of their rise in Hollywood along with their career-defining moments. Guests on this season will include Leon Robinson, Kyla Pratt, Bill Bellamy, Blair Underwood, Shar Jackson, Elise Neal, Taye Diggs, Omar Epps, Bumper Robinson, and Debbie Allen.

In addition to the podcast interviews, photographers Justin Fraizer, Noémie Marguerite, and Juan Veloz will capture the 10 legends sitting like kings and queens in an iconic peacock chair at Picrow Studios in Los Angeles

Strong Black Lead launched in Feb. 2018 with the goal of engaging and empowering black viewers with content that highlights their culture. The initiative has evolved into a proud platform for black creatives in Hollywood to be recognized among their peers and community, showcasing their achievements along the way.

In June 2019, the group debuted a historic commercial spot–inspired by the iconic photograph “A Great Day in Harlem”–during the BET Awards featuring more than 47 prolific black creatives starring on Netflix that went viral. The original image was shot by photographer Art Kane for Esquire magazine in the summer of 1958 showcasing the golden era of jazz musicians.

“We want Strong Black Lead to be bigger than just our team—we want it to be something that people are proud of,” said Myles Worthington, a manager of brand and editorial at Netflix. “We want our team and viewers to wear those words on their chest because they believe the message is empowering. Strong Black Lead means so much more than just the lead character—it’s something that you can feel deeply inside of yourself.”