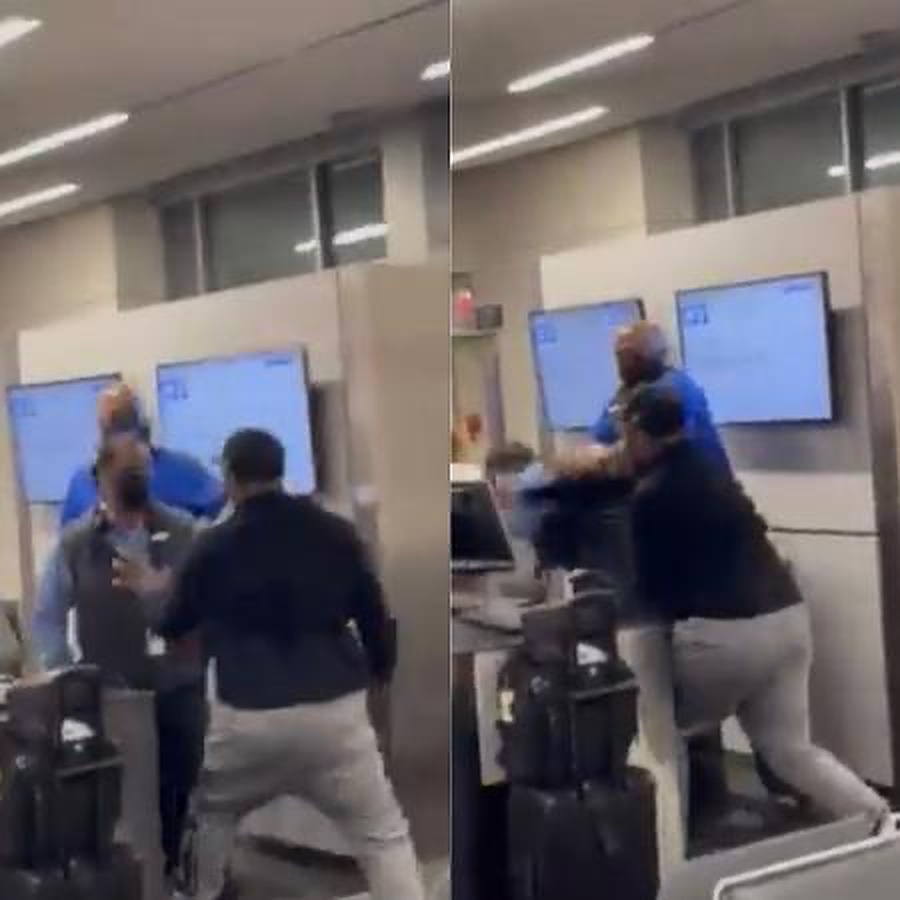 According to the Atlanta Police Department, a man was detained last Tuesday at the Hartsfield-Jackson International Airport in Atlanta for punching a Southwest Airlines agent, per CNN.

Forty-four-year-old Courtney Drummond of Henderson, Nevada, was caught on camera punching the airline employee after having been disembarked from a Southwest flight for refusing to comply with flight attendants. As the flight was being taxied to the tarmac, Drummond’s aggression escalated, complaining that he wouldn’t be able to go see his son now that he was kicked off. He threatened the gate agent several times, saying, “I want that fade bro, I need that fade,” before eventually walking up and punching him.

Chaos ensued while several other employees held back their colleague from retaliating and attempted to de-escalate the situation by acting as a barrier between the men. A female agent that gets in front of Drummond yelled, “Do not hit me,” several times before he attempts to get another hit in by flanking the barrier of employees. “You gotta go,” another female employee yells at him, prompting Drummond to remove his sweater and T-shirt, as if ready for the fight.

“She called the police 10 minutes ago,” the person recording can be heard saying. “Where is the police?” others asked.

The video ends with the woman recording pleading with Drummond to not take off his shirt and that they would take him away.

The disgruntled passenger was arrested and taken to the Clayton County Jail, charged with simple battery, battery and obstruction.

“As a result of this inexcusable attack, the individual has been banned from flying with Southwest Airlines,” the company told NBC News in a statement on Friday.

Gwendolyn Foster, Drummond’s mother, confirmed he is still in Georgia under custody and apologized for her son’s actions.

“My heart goes out to everyone, the staff at Southwest – they are in my prayers. I’m sorry this happened and this was caused by him,” Foster said. “He comes from a godly family. My husband is a pastor of a church here.”

According to the Federal Aviation Administration, they have implemented a zero-tolerance policy for unruly passengers in 2021.