New Bill Could Double the Number of Investors for Startups 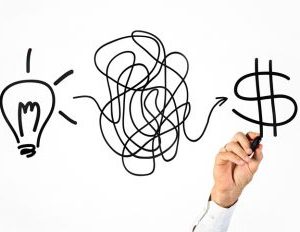 The U.S. House of Representatives has sanctioned legislation that would offer fast growing startups twice as much help for investment capital–a measure that could benefit black entrepreneurs.

The Investment Company Act of 1940 now caps the number of venture fund investors to 99 people, before the fund must register with the Securities and Exchange Commission. However, Â VelÃ¡zquez’s bill will enable up to 250 accredited investors to filter money into a venture fund without registering, boosting the amount of equity investment small businesses could use.The bill, passed earlier this month, is co-sponsored by Rep. Patrick McHenry (R-North Carolina).

These investors often pool their money into local or national groups, according to VelÃ¡zquez’s office. Â In recent years, many have begun using online crowdfunding platforms to filter more capital to small businesses and startups.Â  In particular, these funds can help women and minority-owned firms that are pursuing capital to grow.

“This bill will mean that businesses that have traditionally struggled to secure capital will have more options available to them,â€ VelÃ¡zquez claims. Â “By easing this restriction, we’ll help more Americans pursue dreams of business ownership, and more companies to scale-up and hire people.â€

Observers contend that business ownership often helps African Americans escape poverty by creating jobs and building wealth for themselves and ultimately the communities.

Although the startup bill still has to be approved by the full U.S. Senate before it can become law, Marianne Hudson, executive director of the Angel Capital Association (ACA), a Kansas City, Missouri-based trade group with 13,000 accredited investor members, elaborated on the bill’s potential impact, should it become a law. “The bill will be helpful for startups, because it would allow for more people to invest via angel funds or online platforms like AngelList, the world’s largest online investing platform for accredited investors,” says Hudson.

Hudson adds the bill is vital, because it could help more minority entrepreneurs that are looking to start a company or expand an existing small business. “We’re finding more and more funders that are interested in investing in people of color and women as well. So, this means that you could have more people in a national fund who might invest in African American-owned businesses.â€

Additionally, Hudson notes that she has been an investor in a nationwide fund of women investors, who are interested in investing in a diverse set of entrepreneurs and companies. “Current rules keep us to 99 investors,â€ she says “Think of how many more companies we could have supported if we could have as many as 249.â€

She also points out that the 2017 ACA Summit, her group’s annual conference, which is happening in two weeks in San Francisco, will include keynote speeches by venture cap capitalists Mitch Kapor and Freada Kapor Klein. They will talk about building diversity and inclusion in investing. Another session at the event is “Investing in New Markets: Veterans, People of Color, and LGBTQ.â€ Hudson says there will be another session on supporting women entrepreneurs. Â She says the sessions were scheduled because of the growing interest of member angels from her group.