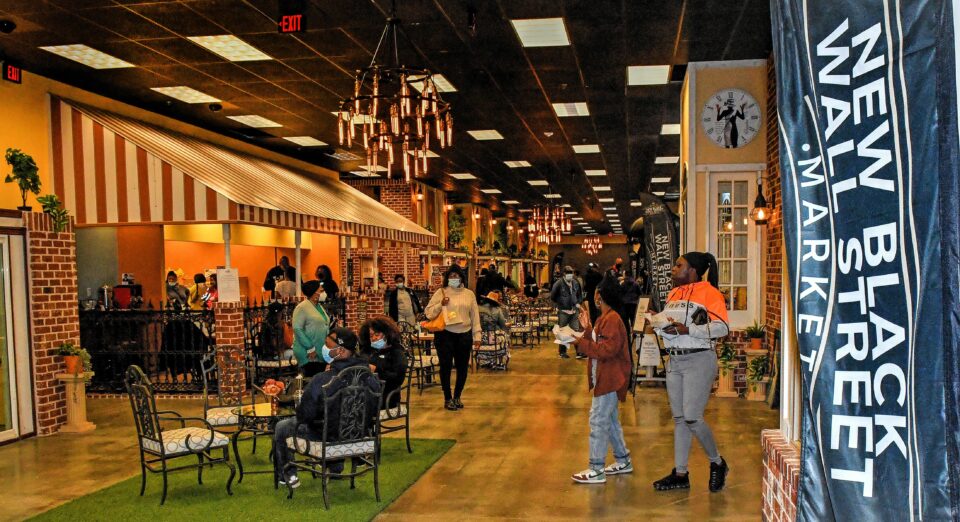 Located in Stonecrest, Georgia, New Black Wall Street Market opened its doors with high hopes of thriving Black businesses last November. Vendors at the mall are now claiming its owners have been forcing them out due to roof leaks and other complaints, WSBTV reports.

While the mall was aimed at representing the accomplishments of the original Black Wall Street before being burned to the ground by white mobs in Tulsa, Oklahoma, those who have set up shop allege being played by management.

“It is a modern-day slavery,” commented Cakes by Keon vendor Keon Hardeman of his experience at the mall in a recent WSB-TV news clip.

All fingers seem to point to the director of the New Black Wall Street, Matthew Hampton.

“He said, ‘You can take your stuff and go.’ He said, ‘I don’t want any more people that are complaining about the rain,’” detailed another vendor, Cassandra Shields, who reportedly was pushed to leave after continuous complaining that a leaky roof was affecting her business.

While Hampton has addressed the roof situation as “constantly working to make those repairs,” many sellers who say they have been kicked out tell a different story.

While the grand opening brought out almost 11,000 people, a mere four months later, the New Black Wall Street Market is struggling to keep their merchants uplifted.

“We don’t want a few instances where it just didn’t work out for folks to represent this brand and to represent the direction we’re going in,” said Hampton.

According to The Atlanta Journal-Constitution, the building for this new marketplace sits over a former super Target of 125,000 sq. ft., with space for nearly 120 vendors, arising from a redevelopment project to honor the Tulsa Massacre victims.