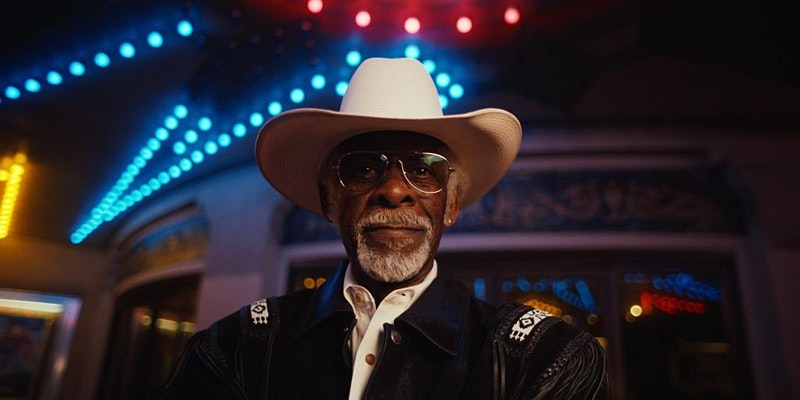 The 18-minute film, directed by Oakland’s James Manson and his roommate and talent buyer at local Eli’s Mile High Club, John Gamiño, tells McAlister’s story and the history of Black cowboys in the American West.

In the film—which premiered at Eli’s on Oct. 2—McAlister said educating people on the history of Black cowboys is the entire point of the OBCA, SFGATE reported.

McAlister, 80, joined OBCA in the late 1990’s after being approached by the organization’s then treasurer, Charles Hill. McAlister became president around 2000 and has been serving in the position ever since.

Gamiño spotted McAlister, affectionately known as “Cowboy,” while he was performing at Eli’s Mile High Club during one of the spot’s Monday night blues sessions. After inviting Manson over, the two knew they had a story to tell.

“The minute I knew [he’d make a great film subject] was the first night I met Cowboy,” Manson said, referring to McAlister. “Blues night had finished, everyone was packing up. And Cowboy gets his friend Tumbleweed and all of a sudden they start jamming. Cowboy sang acoustically and Tumbleweed played the harmonica.”

Mason and his crew of about three people shot the film in seven days. The team interviewed McAlister at Eli’s and in his hometown of Madera. As a kid, McAlister recalls going to the segregated movie theater in Madera and seeing all-white cowboys in the films.

“The guy who played the hero was always white. He got the girl. He got the bad guys. He shot the gun,” he said.

Many years later, around the time McAlister became president of the OBCA, the organization was hosting its well-known October parades at Oakland’s Lowell Park. Due to the COVID-19 pandemic, the parade has been postponed for the past two years.

“They’d meet up and ride their horses in peace, nobody messed with them,” McAlister said. “People were just excited to see people riding. ‘Look at them Black cowboys,’ they’d say. They didn’t know their names, they just knew they were Black cowboys.”

McAlister said the term “Black cowboy” “means something” in Black culture, SFGATE reported. He shared that the term isn’t offensive, but holds great meaning, which he feels is important for the youth to know, among other facts about the presence of Black cowboys.

“To me, it’s important that the youngsters would know the history,” McAlister said. “It’s not just Black history. It’s American history.”

“Cowboy” is set to begin streaming on YouTube on Nov. 14.