New Exhibit Showcases Langton Hughes In His Own Words 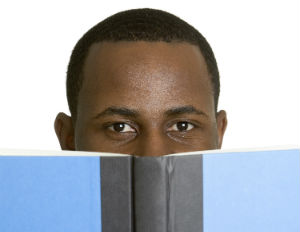 The Mackey Twins Art Gallery, run by identical twins Karen Mackey Witherspoon and Sharon Mackey McGee, is offering a rare look at the life of poet, writer, and activist Langston Hughes. The book, Letters from Langston: From the Harlem Renaissance to the Red Scare and Beyond, contains the personal letters written by Hughes to his close friends and their parents, who were important figures in the Communist Party.

The book offers the lesser known personal and vulnerable side of the American literary giant and Harlem Renaissance figure as he corresponded over four decades with four of his closest black friends, couples Louise Thompson Patterson and William L. Patterson and Matt N. Crawford and Evelyn Graves Crawford. Three of the four were important leftist political figures and active members of the Communist Party who found themselves targets of the FBI. Patterson’s father, William, even became a political prisoner.

The authors are Evelyn Louise Crawford and Mary Louise Patterson, who are the daughters of Hughes’ aforementioned friends. The treasure trove of letters includes news of the couples’ political activism and family life, as well as Hughes’ challenges in his writing career during a tumultuous era as they each worked to create a more equitable world. Â Veteran actor Eric Coleman will read Hughes’ letters and rarely seen footage of Hughes will also be shown.

The Mackey Twins Art Gallery presents a high level of social consciousness and dedication to the preservation and promotion of our culture. It’s a mission identical twin sisters Karen Mackey Witherspoon and Sharon Mackey McGee take seriously. Since 2002, the duo has been showing love to black artists and other artists of color by helping develop collectors of color.

The Mackey Twins Art Gallery now hosts the largest collection of exclusive works of artists of color in the Tri-state area, including the works of acclaimed artists Xenobia Bailey, Betty Blayton, Stacey Brown, Wayne Bowen, Leroy Campbell, James Denmark, Essud Fungcap, Magno Laracuente, Ruth Miller, Charly Palmer, and TWIN, all of which will be on display.

“This event is different from our usual art exhibitions; however, we realize that our culture also includes literature,â€ said the sisters, who are also both executives at City College. “We could not pass up such a rare opportunity to present Patterson’s book–it is a gift that we wanted to share with our audience. We will continue to have special events that promote our tremendously rich culture.â€