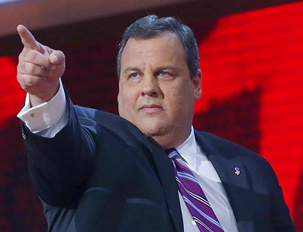 According to reports, New Jersey Gov. Chris Christie is strongly against clearance of flights between his state and Cuba until Joanne “Assata Shakur” Chesimard is returned to the U.S. Shakur, who wasÂ convicted in 1977 of the 1973 murder of New Jersey state trooper Werner Foerster, has been given political asylum in the country since 1984.

“It is unacceptable to me to me as governor to have any flights between New Jersey and Cuba until and unless convicted cop killer and escaped fugitive Joanne Chesimard is returned to New Jersey to face justice,â€ Christie wrote in a letter to Port Authority chief John Degnan obtained by The New York Post.Â “I will not tolerate rewarding the Cuban government for continuing to harbor a fugitive.”

Shakur was a Black Panther activist and member of the Black Liberation Army (BLA). She escaped from a New Jersey prison in 1979, where she was serving a life sentence. She was added to the FBI’s “Most Wantedâ€ list in 2013, making her the first woman to be added, with a $2 million bounty on her head. She maintained her innocence in the shooting of Foerster, and cited political persecution and harassment by state and national officials.

Her life in Havana has reportedly been spent quietly, writing books and sometimes speaking on political and community topics via media and forums.

There have been previous attempts to extradite Shakur, including in 1998 when the United States Congress passed a non-binding resolution asking Cuba for her return, as well as 90 fugitives believed to be residing in Cuba.

In an open letter to Fidel Castro at the time, Maxine Waters, chair of the Congressional Black Caucus, opposed the passing of the legislation, calling the efforts “deceptive” in intent and supporting “the right of all nations to grant political asylum to individuals fleeing political persecution.”

Some believe Shakur will never be extradited, as one political examiner wrote via the Chicago Tribune last year, “For Cuba, turning Shakur in to U.S. authorities would constitute a betrayal of its long, very carefully cultivated relationship with the African-American community, with the African diaspora and Africa itself.”

President Barack Obama has said that after Cuba was removed from the list of state sponsors of terrorism, the officials there agreed to help resolve the cases of several U.S. fugitives living there.

“Cuba has agreed to enter into a law enforcement dialogue with the United States that will include discussions with the aim of resolving outstanding fugitive cases,â€ Obama wrote, according to the Associated Press.