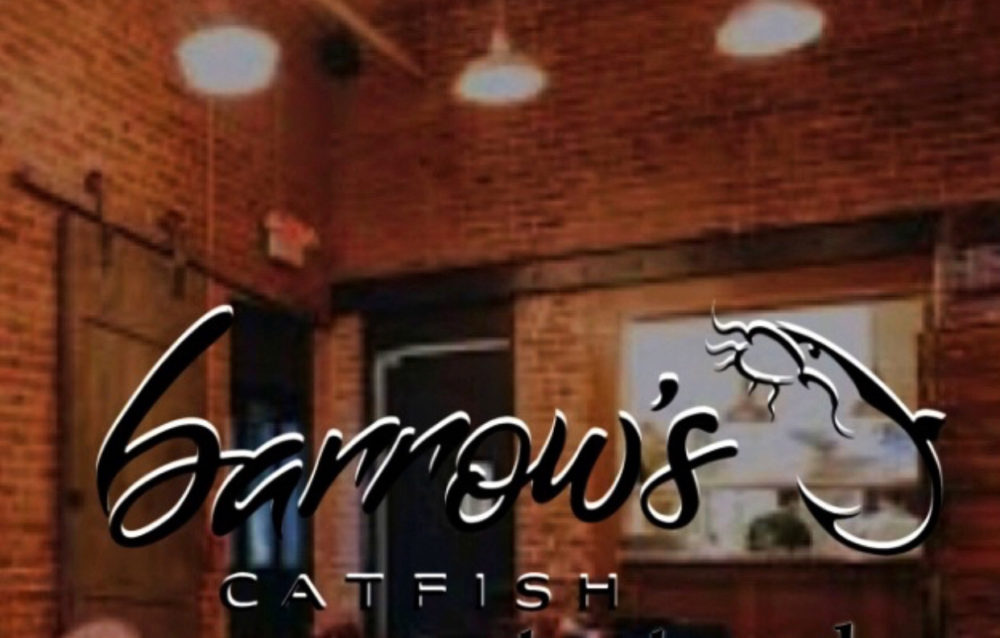 Every major city has legendary landmarks that serve as gathering places for community fellowship, a feel-good atmosphere, and, above all, great food.

In New Orleans, Barrow’s Catfish was one of them.

Founded as Barrow’s Shady Inn in 1943 by William “Cap” Barrow Sr. and his wife, Mary, Barrow’s served up heaping plates of delicious catfish seasoned with love and a savvy family flavor and tenacity. Their son, William “Billy” Barrow Jr., and his cousin Freddie Hilliard managed the restaurant in later years, hosting locals, tourists, and celebrity guests including Oprah Winfrey. A new generation of leadership came with William “Lil Billy” Barrow III, who was being groomed to keep the business going until his untimely death in 1987. Thereafter, his sister, Deirdre Barrow Johnson, and her husband, Kenneth Johnson Jr., picked up the baton, but they’d face another major challenge that would shake the family’s restaurant legacy and livelihood to its core in 2005: Hurricane Katrina. Just as they were well into expanding into their second location, the storm battered their business and homes.

“I grew up right next to the restaurant and it was a privilege to be part of my dad’s life and him a part of mine, with the restaurant being right next door,” Deirdre recalls. “We opened up a second location a year before Katrina hit. We decided, with the tragedy of the storm and the state of the area, we just didn’t know what the city was going to do.”

The couple decided to reevaluate and regroup—a process that took more than a decade. They never let go of their dream to reopen the family business, and they worked hard to see the resurgence.

“The vision never left us. It was such a great business—a foundation that was laid for us. The community never stopped reaching out to us,” Deirdre says. “The love the city had for my family—-my husband and I being born and raised entrepreneurs and wanting to keep the vision going. Our faith and our desire to build community—-that kept us going.”

The restaurant reopened anew in July and came back to a loyal—-and hungry—-patronage as if it had never left. But how were they able to do it? Why rebuild and return after such a long time?

Black Enterprise talked further with the copreneurs, who persevered, raised two children, and pressed forward with faith and a plan for keeping an important family commitment, to get tips on how to rebound from a business disaster:

Let go of the shame and comparison syndrome

“Don’t look at what other people are accomplishing or doing,” Deidre says. “Humility is key. Be OK with taking a step back and admitting you may have made some mistakes or may not be where you want to be. You can get back on track. Move forward to be and do greater. The Johnsons relied on faith and their Christian beliefs to fortify their vision and remain confident in its success.

“We assessed how we got into the situation,” Kenneth says. “We had decided to liquidate our assets and take the chance to expand the restaurant and operations and realized that we’d planned for everything else but we did not plan for Hurricane Katrina. For us, it taught us to expect the best but plan for the worst. We went through a checklist of all the possible [challenging] things that could happen to a business. That doesn’t mean you’re not optimistic, but sometimes you can have so much tunnel vision that you don’t entertain the possibility of things that could go wrong. Once we realized what happened, we took on too much risk. We learned to be more calculating and make sure we look at everything.

Evaluate your assets and set up a financial plan for rebounding

“We were successful professionals before we took over the restaurant. We’re college-educated and we’d worked in other careers,” added Johnson, who served as vice president of commercial lending at Liberty Bank. “We went back to the basics. What did we do to reach our goals when we were younger before we joined the business? We became very astute with our finances, lived within our means, drove a used car longer than others might.” This helped the Johnsons build up a solid financial base to not only get back on their feet in their personal household but to approach and attack their vision for the resurgence of Barrow’s.

“We started other businesses on the side—a tax business, insurance agency, we did some catering, and we went back into corporate America,” Kenneth says. “We saw that time as opportunities to earn secondary income to fund what we needed to do—pay our debts off, cover living expenses, create savings—and we knew where we were going and what we wanted to do.”

“Don’t give up no matter how long it takes,” Kenneth adds. “Anything that’s worth having, you’re going to have to work for it. If you’re coming up on a lot of resistance, that’s confirmation that you’re probably on to achieving your vision and fulfilling your destiny. If you’re able to have an unselfish vision and you’re working hard toward that, I truly believe God will open the doors for you.”