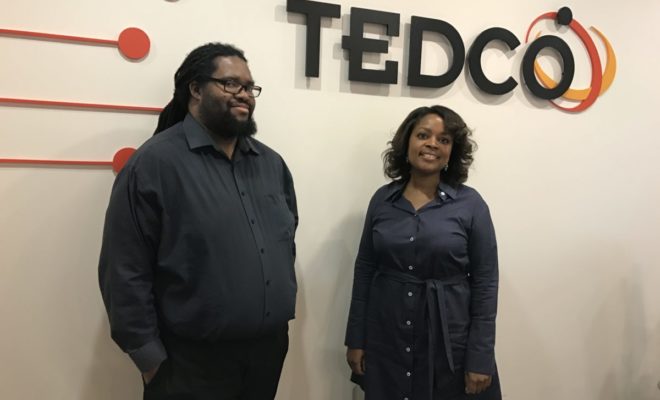 A funding provider of new tech firms and a unit of one of the nation’s largest African American banks is offering black entrepreneurs up to $40,000 each to launch a tech company in Maryland.

The financing is coming from the Minority Business Pre-Seed Fund (MBPF), a program started in February 2017 by the Maryland Technology Development Corp. (TEDCO) and Harbor Bank Community Development Corp., a unit of the Harbor Bank of Maryland. Its parent, Harbor Bancshares Corp., is No. 9 on the BE 100s Banks list.

The MBPF has set Oct. 1, 2017, as the next application deadline. Entrepreneurs can qualify for financing if they have an idea to create a tech firm or an existing business in Maryland with a technology-based concept not taken to market yet, says McKeever “Mac” Conwell II, TEDCO’s deal team coordinator. Applicants can apply from other states, but the firm’s principal place of business must be in Maryland.

More details can be found here on the application process and program.

To Conwell’s knowledge, the financing is the only type of its kind for black tech entrepreneurs in America. According to TEDCO’s website: “This funding will allow entrepreneurs to reach a critical development milestone and advance their ideas further along the commercialization pathway, which could lead to follow-on investment, and ultimately, job creation.”

The MBPF requires engagement with educational resources and mentoring associated with the program because money is only one of the many things needed to build a successful company, Conwell says.

He added knowledge gained from other successful entrepreneurial mentors and a structured educational program will help new entrepreneurs minimize mistakes and benefit from TEDCO and Harbor Bank CDC support.

The program was started largely to address the lack of early stage financing known as the “friends and family” round available to the black community. Research by the Pew Research Center shows that there is a huge wealth gap for black entrepreneurs compared to other races for that type of funding.

MBPF hopes to fill the void by making $400,000 available to 10 black tech companies by next January. In June, the first black-owned firms to get financing out of 120 applications mainly from Maryland included:

Convertible Notes Can be Converted into Equity

The investment in the companies by MBPF are not loans or grants, but are what Conwell describes as “convertible notes.” Fifty percent of the funding comes from TEDCO and 50% from Harbor Bank CDC. Investments are made in the form of a five-year, convertible note to the company.

Conwell says the convertible notes do not require the recipient to make any payments during the first five years. Once a startup reaches $500,000 of qualified financing or investments, TEDCO and Harbor will have the option to convert their $40,000 into equity.

Acknowledging the financing is risky, Conwell says. TEDCO has helped facilitate the creation of tech businesses and foster their growth in Maryland. Nationally known as more than a seed/early-stage funding and support resource, TEDCO has invested in more than 400 seed investments for about 20 years through eight funding and six mentoring and education programs. TEDCO has awarded $22 million in seed financing to tech startups, resulting in those firms raising another $1 billion in funding from investors.

Calvin Young, vice president of Harbor Bank CDC, added, “The risk in these companies is just as it would be in any company at this stage. We’re happy to be bridging the path to capital for these worthy startups through this fund.”

Conwell and Young can provide qualified applicants more specific details about how the financing process works.