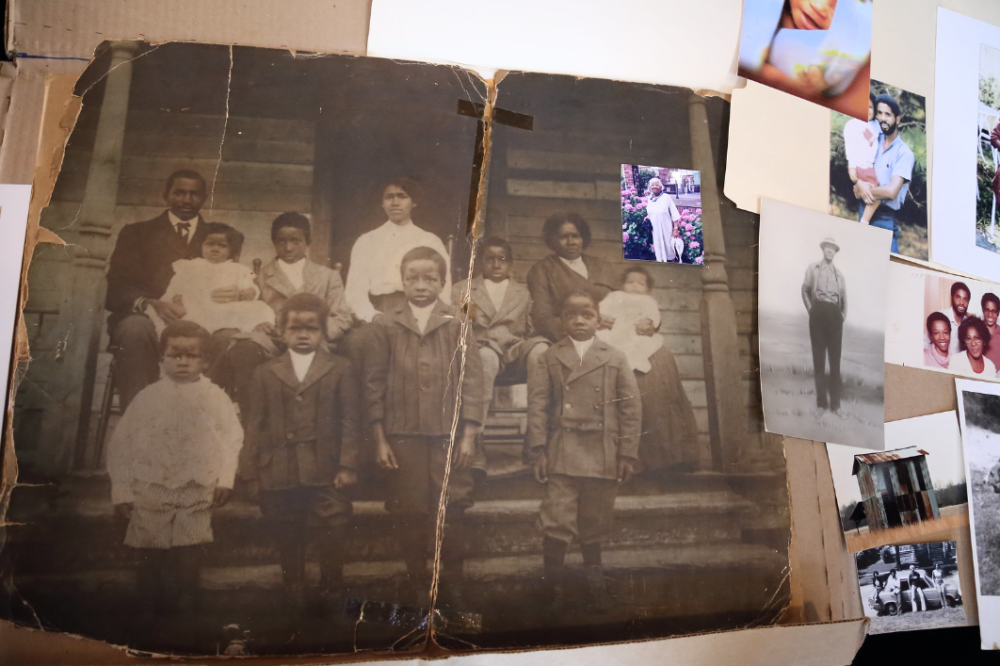 Marcus Garvey once said that “A people without the knowledge of their past history, origin and culture is like a tree without roots.” If you’re scratching your head wondering who Marcus Garvey is, then you’re in need of a black history lesson, and you might start by watching the PBS debut of Family Pictures USA on PBS Aug. 12 and 13.

The brainchild of filmmaker and artist Thomas Allen Harris, Family Pictures USA is the latest outgrowth of an award-winning body of work from this director who has always been driven by a desire to bring the largely hidden and neglected history of black people in America into the light.

An entirely new type of reality show, this new television series reconstructs the histories of resilient communities such as Detroit and Durham, North Carolina, through the memories of longtime residents and the treasured family photographs they share.

The result is a compelling and educational show that highlights not only individual family stories, but the weaving together of those stories over the course of generations into the history of a larger community, a city, its economy, its culture, and its hopes. The show stands apart for its simple elegance and narratives that, unlike most reality shows, don’t feel contrived.

When the descendants of Frank Wall, a second-generation Duke University janitor who bequeathed $100 to the school for use in the advancement of black men, share their photos and memories alongside the descendants of George Washington Duke, the white tobacco industrialist for whom Duke University is named, the history of those families, the city of Durham, and its most famous institutions, takes on a whole new meaning.

Centered on pictures of people who are long dead, the storytelling of their descendants is very much alive, honest, and intimate and Family Pictures USA’s approach to mining these stories also stands apart for its inclusiveness. Says Harris, simply, “You can’t tell American history without including African American history.”

While Harris, who teaches film and African American History at Yale, is always motivated in part by a desire to educate, he admits to being surprised by how much he learns in doing the show. “The stories of black business people who pulled themselves up by their bootstraps that you never heard about or had an image for were pretty amazing. The series helped me understand how towns were formed and how they developed and how people of means and employers shaped culture and people’s lives.”

Harris, who stepped out from behind the camera to host the series, says it has been the most financially ambitious project he’s directed to date. Leveraging the success of his 2014 award-winning documentary, Through the Lens, Darkly, he and his partners raised $2.3 million largely through grants from the Ford Foundation and others. PBS, which is eager to compete more dynamically with other networks, invested about $250,000. A small network of high net worth African American businesspeople also contributed. In order to complete the series, Harris is still looking to close a $125,000 gap.

Harris, a Harvard graduate who began his career in public television, first produced award-winning shows in his native New York for WNET. He says that even 30 years later, raising money for new film projects remains a challenge.

“Artists are used to networking with other artists, but I don’t know if we’re used to networking with people who think radically differently than we do, who may be business or finance people,” he says. No matter what your background is, to successfully finance a project, Harris adds, “You have to be able to tolerate rejection without any kind of resentment. Persistence and finding those sweet spots of commonality are key.”

Family Pictures USA certainly offers those sweet spots. Especially given the tone of the country as the 2020 election nears; Harris says he hopes the show will help break down the stereotypes and other barriers that divide us, and that through the show’s all-inclusive spectrum of photos, we will come to see ourselves in each other more and lean more into our commonalities.

As he says in a promo, “Once you see our history through family pictures, you’ll never see this country the same way again.”