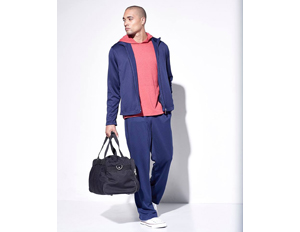 When Skin-So-Soft isn’t enough, there’s Nobitech. This is a new athletic line of clothing made from high-tech fabric designed to repel disease-carrying insects, including mosquitoes that transmit the Zika virus.

The gear is treated with Skintex Technology–a clothing treatment approved by the EPA to repel mosquitoes using microencapsulation technology. These capsules contain a slow release synthetic repellent that is nontoxic for humans, but deadly to crawling and flying insects.

SkintexMRIII technology uses Permethrin, a synthetic insecticide similar to a naturally occurring chemical called pyrethrum. Pyrethrum is derived from the crushed dried flowers of the chrysanthemum, whose insecticidal properties have been recognized for hundreds of years.

Permethrin works as a contact insect repellent. Permethrin is effective against multiple species of crawling and flying insects including mosquitoes, ticks, fleas, chiggers, and flies.

In addition to the nuisance of bites, mosquitoes ticks, ants, flies and chiggers can carry a variety of diseases. These include but are not limited to malaria, yellow fever, Zika virus, dengue fever, Lyme disease, Rocky Mountain spotted fever and encephalitis. The Skintex MRIII technology is approved by EPA to repel mosquitoes that may carry West Nile virus and Zika virus and ticks that may carry Lyme disease. When wearing Nobitech apparel treated with Skintex MRIII technology, you may enjoy protection from bites with less hassle of sprays, creams or frequent re-application of them.

The Nobitech line includes apparel for men and women such as V-neck T-shirts, hoodies, leggings, jackets, and pullovers.

The Zika virus has been a cause for concern in recent news. Spread by a strain of particularly aggressive mosquitoes, the virus can be passed from a pregnant woman to her fetus, causing birth defects, according to the CDC.

Although the virus has mostly spread in countries with tropical regions such as Central and Latin America, Â Zika has recently been reported in the continental United States in Florida.