New Witness Claims Michael Brown Was Shot With 'Hands Up' 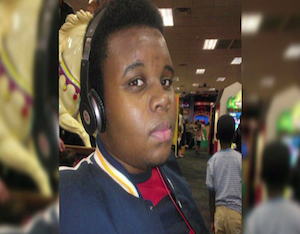 The case of how Michael Brown actually lost his life continues to have dramatic twists and turns. Now, a new witness has stepped forward to detail just how Brown was shot by Officer Darren Wilson.

In an interview with the St. Louis Post-Dispatch, the witness, who spoke under the condition of anonymity, was working on a building in the neighborhood where the situation occurred. The person admitted that they are not a local of Ferguson and told the Post-Dispatch that he could not tell whether or not there had been a struggle between Wilson and Brown. But, the witness states that they sawÂ Wilson chase Brown and shoot him dead while Brown had his hands up.

Brown, 18, was shot by Darren Wilson around noon on August 9th. In addition to allegations of racial profiling and excessive force, the community has picked apart the Ferguson Police Chief’s assessment that Brown was wanted in another crime prior to the shooting. The FBI has involved itself in assisting local police with the investigation. Eric Holder and the Department of Justice have also toured the area to survey the damage caused by the situation and opened up a wider probe on police in the area.

The key witness, so far, has been Dorian Johnson, a friend of Brown’s who was with him when he was shot. Johnson has said that Wilson started firing unprovoked, and that Brown was “shot like an animal.” Protests have continued in Ferguson in the month since the shooting although the size of the crowd and intensity of the protests have shrunk dramatically over time.