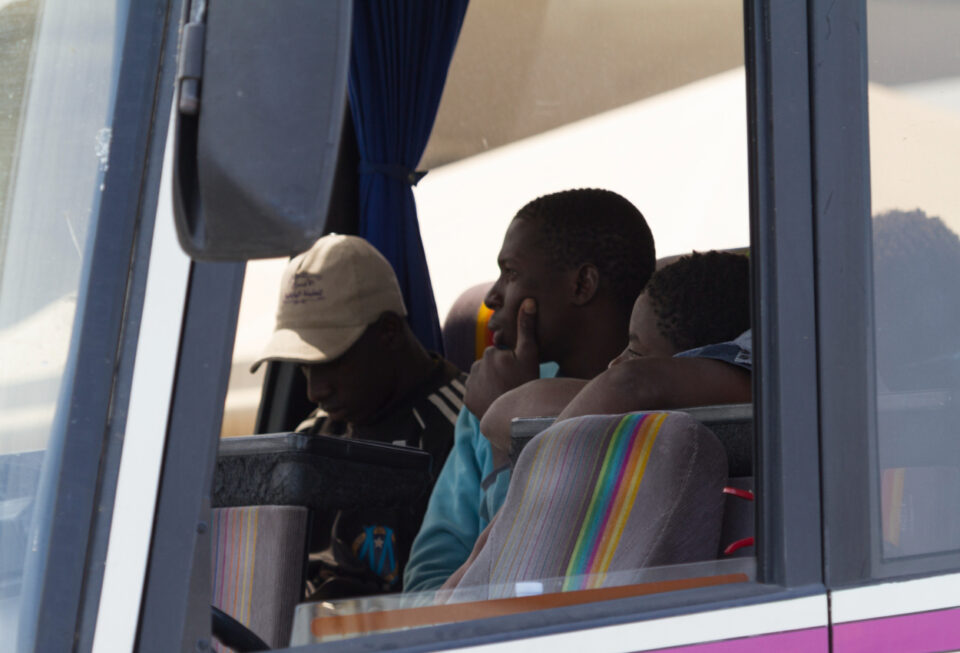 Migrants on a bus stock photo (Image by etvulc via iStock)

According to Adams’ Office of Immigrant Affairs, 54 asylum seekers arrived in New York on Friday, and 14 more arrived Sunday on another bus sent by Abbott. CNN reports Abbott’s Office indicated New York City is now a designated “drop-off location on the busing strategy as part of Abbott’s response to the Biden administration’s open border policies overwhelming Texas communities,” Abbott’s office said in a statement released Friday announcing the arrival of the first bus.

“It’s unimaginable, what the governor in Texas has done,” Adams told reporters Sunday. “When you think about this country, a country that has always been open to those who were fleeing persecution and other intolerable conditions, we’ve always welcomed that. And this governor is not doing that in Texas, but we are going to set the right message, the right tone, of being here for these families.”

Abbott, a Republican fiercely opposed to the Biden administration’s border policies, began sending buses of willing migrants to Washington D.C. earlier this year. For migrants to be sent to another city from Texas, they must volunteer and provide documentation from the Department of Homeland Security.

“In addition to Washington, D.C., New York City is the ideal destination for these migrants, who can receive the abundance of city services and housing that Mayor Eric Adams has boasted about within the sanctuary city,” Abbott said Friday.

Manuel Castor, the Commissioner of Adam’s Office of Immigrant Affairs, told CNN as a right-to-shelter city, New York will provide shelter to anyone who needs it, but the city has exhausted its regular shelter space and is renting additional space at hotels.

“These are families, these are people,” Castro said. “They have a right to be here as asylum-seekers, and New York is here to welcome them. They frankly need a lot of support. They’ve traveled a long way to get here.”

Some of the migrants who arrived in New York said they wanted to go to other locations where they had family and were not allowed to do so, according to Adams, who issued an emergency declaration last week to provide shelter and other services and resources for those who are seeking asylum in the city.