It’s been announced that the Common Core exams in New York state will be shortened by two days, making the exams comprise four days of testing instead of six.

That’s according to News12 Westchester, which says the move will take effect next spring after education officials in the state voted to reduce the number of days set aside for testing.

Beginning of the End?

The tests, which have been euphemistically described as “unpopular,”—despised and detested might be more accurate—were also modified last year in New York in response to angry opposition from parents on the left and the right.

It’s been reported that about 20% of families boycotted the tests in recent years.

It really makes you wonder if Common Core is slowly being phased out. Or maybe just the name will change and people will feel much better about it—the way some states avoided using the words “Affordable Care Act” and named President Obama’s signature healthcare law something else, thereby making it more palatable for their constituents (and beneficiaries of the law).

“Next month Common Core will be re-dubbed the Next Generation Learning Standards,” News12 Westchester reports. Clearly the words “Common Core” have become too radioactive to retain.

What’s Wrong with the Common Core?

A lot of the reaction to the Common Core is irrational. All states already had standards—all of which were too low (except maybe those of Massachusetts, which has the best schools in the nation).

Just about all K-12 international students who come to study in the U.S. find the work much easier than in their home country. A sixth-grade Japanese boy who had studied in the U.S. and then returned to Japan is quoted in the front matter of the new book by Cornelius N. Grove, The Drive to Learn, as saying: “[In America], you really didn’t have to really, really do it.”

I’m for high expectations of all kids, coupled with abundant academic support within a context of social-emotional learning. I’m for seeing troubled kids as #SadNotBad, but also for holding those kids to high academic standards—since education is the one nearly guaranteed route out of poverty with all its attendant problems. And I’m for providing more funding and resources, not less, to high-poverty schools, which tend to have more troubled kids—often because of the stresses the kids are exposed to at home.

Of course, kids need lots of reading, lots of math, lots of project-based learning, and inquiry-based science. They need to get out into nature and listen to and learn good music and do great art. They also need to be exposed to kids who are very different from them so they don’t grow up thinking everybody is like them.

Disagree? Say why in the comments below. 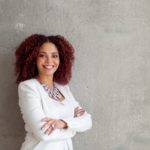 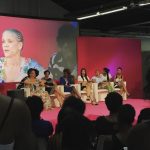 Paris Holds the Largest Natural Hair Conference in the World