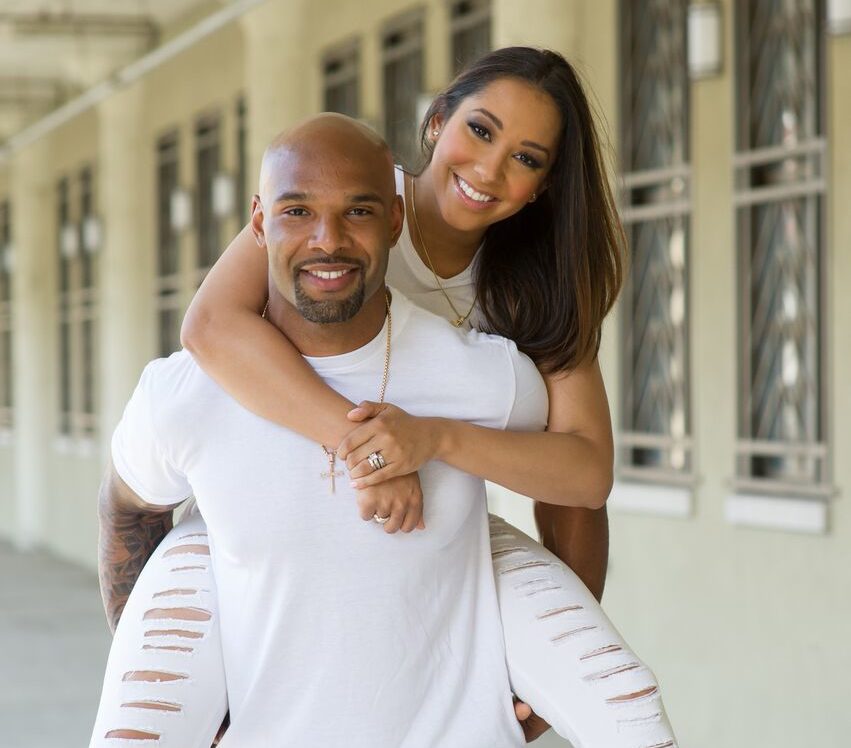 Danielle Forte had a mission: She wanted women to feel beautiful in all stages of motherhood. But the clothing she saw in stores didn’t allow for pregnant or nursing women or those in the throes of motherhood to feel both confident and comfortable, nor did the pieces fit her personal style. That’s when, with the encouragement of her husband, former NFL running back, Matt Forte, she decided to shake up the maternity wear scene by creating a collection aimed to redefine maternity fashion by showing that personal style doesn’t have to be compromised.

It started out in 2015 as Danielle Forte Collections but soon transitioned into 828 Clothing, inspired by the Romans 8:28 Bible verse, and carrying versatile styles, designed by Danielle with the modern mother in mind.

“The premise of the brand is to have moms feel confident. As a mom, most days you’re tired or don’t feel cute but this brand was made to make the whole thing easier,” she said. “I’ve lived through all these stages of motherhood, from maternity to nursing, and I wanted to take my experiences and set them into my clothes.” 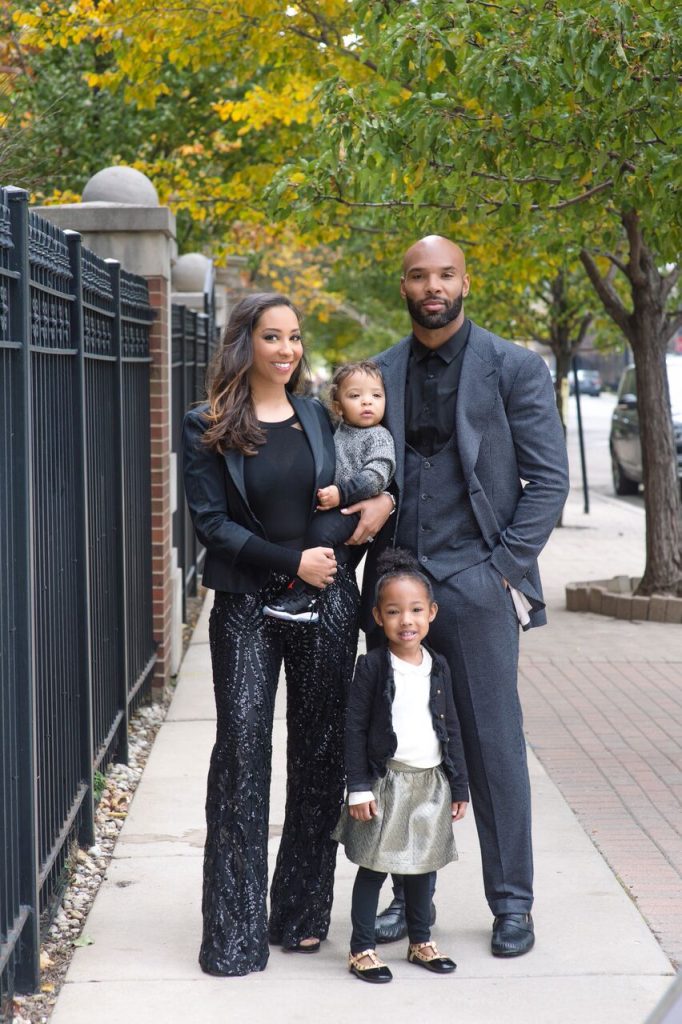 For Matt, watching Danielle go through all the different stages of motherhood with their two children, Nahla and Matt, he said he wanted a brand that “encourages and enables mothers to retain their style identity during and following their pregnancy.” And he stressed that this is the foundation of 828 Clothing.

“What women wear post-baby can be a touchy subject; they don’t feel like themselves in clothes, but these clothes empower and build that confidence post-baby, and you can get back to yourself and how you felt before,” he said.

Some of the fabrics used include modal, French-terry cotton, and spandex, materials that Danielle says are not just comfortable, but easy to clean and move around in.

In addition to lightweight maternity dresses, the collection offers unique maternity wear with design details such as hidden zippers along the breast line on a range of tops, and dresses that are “feed friendly.” The collection also includes tank tops, T-shirts, pants, jackets, and cardigans as well as rompers that can transition from day to night.

In November, the brand expanded to 828 Baby, offering children’s clothing with artistic designs and witty sayings. As the duo created concepts and finalized designs for the women’s line, Matt had the idea to create clothing for babies and kids.

The duo described the kids clothing launch as a natural progression for their brand. They are currently working on another collection, “Safari Jungle” due out in spring 2018.

Right now the line is in e-commerce with heavy social media branding, something Danielle said was the biggest key they had to figure out while launching the collection. In the near future she is considering shopping the collection to boutiques and to major retailers down the line.

One lesson Danielle has learned throughout the process of conceptualizing and launching a business is that you get what you put into it.

“Do your due diligence,” she advises budding entrepreneurs. “Make sure you go through your business plan and make it very detailed. Know your customer because if you don’t know them, you won’t know the right decisions to make with your product.”

She also stressed having a good team. “Doing it by yourself is stressful enough. Have people around you that are invested.”

Matt advised that entrepreneurs should not be afraid to fail, a transferable skill he applied from the field to the drawing board.

“On the field, you fail daily but the thing is how you respond. There’s a lot of life lessons from football, mainly if it doesn’t work out the first time keep going back to it,” he said. “Through the failure process you learn what not to do and how to perfect your craft. Don’t let it discourage you.”

The former running back, who played for the Chicago Bears and New York Jets, announced his retirement from football on Feb. 28, 2018, after 10 years. He noted that 828 Clothing will be one of his main focuses moving forward. He plans to remain involved as a consultant and creative alongside his wife, while also focusing heavily on his charity, What’s Your Forte Foundation.

828 Clothing and 828 Baby are both available online at www.828Clothing.com.