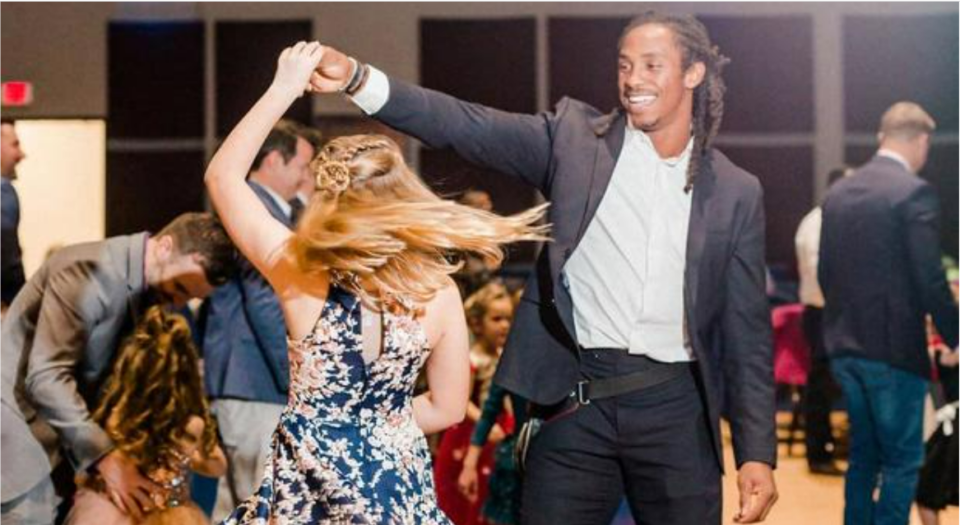 For 11-year-old Audrey Soape, this year’s father-daughter dance at her local church in Pflugerville, Texas, was a bittersweet experience, but a ‘magical’ one.

Each year, the young girl would look forward to showing out and stepping on the dance floor with her father. But since his passing in March of last year, the dance wouldn’t be the same. Then just five weeks later, her grandfather, who would have had the honor to accompany her, also passed away.

“I knew with the dance coming up, it would be an emotional thing. It would be a disappointing thing not being able to go. She brought it up a few times, saying she wished she could go,” Audrey’s mother, Holly Soape, told CBS News.

She continued, “I knew that if she was going to go, that I wanted it to be something really incredible. Something that would just make her feel special and would make her feel loved and important. So I tried to think of the coolest thing that I could come up with.”

Soape decided to contact the family’s favorite NFL player, Anthony Harris, a Philadelphia Eagles safety. Although she thought it may have been a long shot, the two shared a friendly connection on Instagram since March 2020, thanks to her encouraging messages before games.

To her surprise, he agreed to fly to Texas from Florida, where he resides in the off-season, to take Audrey to the dance. Upon his arrival, Harris wanted to ensure that Audrey felt special. He bought her a new dress and a pair of shoes to wear to the father-daughter dance. He also arranged for her to get her makeup done.

“I was like super surprised. Like, more than I can explain surprised. And I was also like, really nervous,” Audrey said. “Probably more nervous than excited at the beginning because I didn’t know what I was going to say or do around him.”

Audrey felt more comfortable with Harris as he engaged with her at the dance despite the nervousness.

“It really kind of just changed the dialogue of the whole year. It was just this horrible, dark year that ended on this really, really positive note. And so it sort of gave us a little bit of joy and light at the end of a very dark tunnel. It was just a magical experience for everybody,” Soape said.