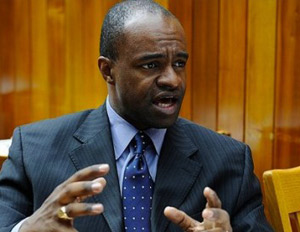 DeMaurice Smith has always been confident.Â  So much so that as the newly elected president of the National Football League Players Association (NFLPA) and overnight confidante to its 1,900 locked out members, he doesn’t bat an eye at the notion of being a relative outsider now entrusted with rescuing the sport from itself.

Then again, his ability has long rated as impressive.Â  How else can you explain how the grandson of a sharecropper could rise to the position of having Barack Obama and Eric Holder on speed dial?

“There isn’t a day when I don’t understand the pressures of this job,â€ said the 46-year-old Smith, who left the prestigious D.C. law firm Patton Boggs to assume his latest post.Â  “But then you stack them up against my grandfather [and] everything pales.Â  There were days when he was thinking: ‘How am I going to feed my 14 kids? Are we getting a fair deal from the land owner?Â  How are my children going to get out?’Â  Now, that’s pressure.â€