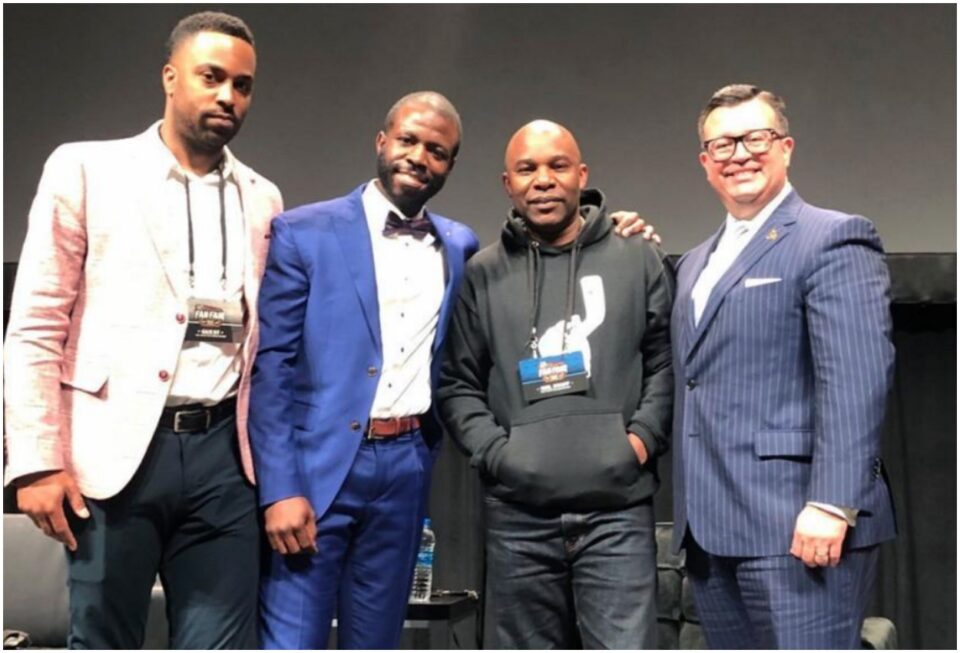 The first episode of the weekly series, which followed Duante Abercrombie and Nathaniel Brooks when they participated in the Coyotes’ inaugural coaching internship program at the team’s development camp in September, aired at the Ticketmaster at the Fan Fair, according to a press release.

Abercrombie, Brooks and Arizona president and CEO Xavier A. Gutierrez said they hope the series not only serves as a launching pad for the two coaches involved, but for other Black coaches who dream of being behind an NHL bench.

“This is what happens when you say, ‘There is talent out there,'” said Gutierrez, who became the NHL’s first Hispanic president and CEO in 2020.

“I think this proves exactly that they are the embodiment of what happens when you have talent that meets opportunity and creates success.”

Abercrombie is an assistant at Stevenson University, an NCAA Division III school outside Baltimore, and director of player achievement for the Washington Little Caps. He’s also an alum of the Fort Dupont Ice Hockey Club, the oldest minority-oriented youth hockey program in North America and an affiliate of the NHL’s Hockey Is For Everyone Initiative.

“My biggest thing is this series makes it tangible,” Abercrombie said.

“But the moment they see Nate and I on that screen, they’re, like, ‘I can do this, I can have a career in hockey and not just in hockey, I can achieve anything in the world.'”

Brooks is an assistant at Ryerson University, a U Sports school, in Toronto. He is also a co-founder of Seaside Hockey, a Black-run program created in 2020 with a mission of reviving hockey in a section of Scarborough, Ontario, that has a rich history of producing Black NHL players, including Toronto Maple Leafs forward Wayne Simmonds and former NHL players Mike Marson, Kevin Weekes, Joel Ward, Anson Carter, Anthony Stewart and Chris Stewart.

“For us, personally, we’re on the track already, we’re putting in the work already,” Brooks said of he and Abercrombie.

“For us, this is meeting more great people and other great coaches and people with influence who can help us in our journey, which is great. This is bigger than Duante and I. It’s obviously great for him and I, but it’s about people identifying with us, for sure.”

The series will be released Feb. 10, with episodes available each Thursday at YouTube.com/NHL. A compilation show will be available at the end of February via streaming on ESPN+ as well as broadcast on Sportsnet, TVA Sports and NHL Network.

“NHL Bound” was produced in association with NHL Original Productions and directed by Kwame Damon Mason, who produced the 2015 award-winning documentary “Soul on Ice: Past, Present & Future.”

NHL Chief Content Officer Steve Mayer is executive producer of “NHL Bound” and Robert Sevilla is producer. Mason said he hopes the series will inspire more NHL teams “to look within their programs and say, ‘How can we do more, especially in the coaching space?'”

“The talent is out there and ‘NHL Bound’ is going to show you that there’s talent out there that deserves a shot to be in the NHL,” Mason said.