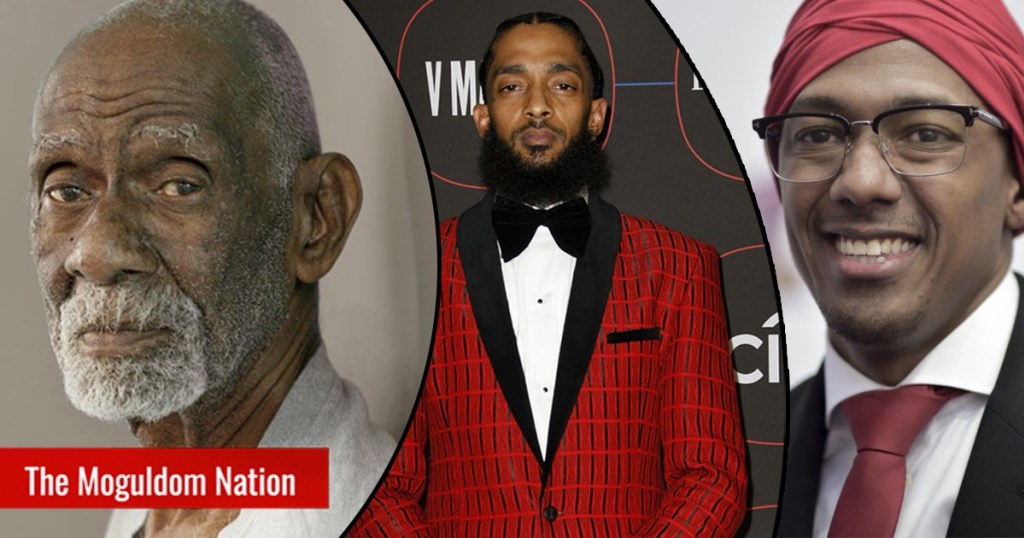 March 31 marked a year since the world lost iconic rapper and community builder Nipsey Hussle – and Nick Cannon is one of the many people making sure “The Marathon Continues.” In commemoration of Hussle’s death, Cannon dropped the trailer for “Strong Enemies: The Untold Case of Dr. Sebi” on Instagram – making good on his promise to finish the documentary Hussle had started.

The documentary trailer opens with Hussle’s voice, then cuts to a clip of the late Los Angeles legend speaking about the beloved natural healer and herbalist. It then shows footage of interviews with various artists and experts as well as follows Cannon on his search for answers.

Born Alfred Bowman in Honduras, Dr. Sebi believed in using food as medicine. He rose to prominence for claiming to have found a natural cure for AIDS, cancer and other infectious diseases.

Hussle (born Ermias Joseph Asghedom) revealed he was working on a documentary about Dr. Sebi’s court cases in the 1980s, which arose after he placed ads in a newspaper about his ability to cure AIDS.

“I’m working on doing a documentary on the trial in 1985 when Dr. Sebi went to trial against New York because he put in the newspaper that he cured AIDS,” Hussle said during an interview with The Breakfast Club in 2018. “He beat the case and he went to federal court the next day and beat that case, on record, and nobody talks about it.”

Though Sebi was acquitted in those cases, he was arrested March 28, 2016 at Juan Manuel Gálvez International Airport in Honduras for money laundering when he was found carrying $37,000 in cash, according to The Source. He was held there until he died August 6, 2016. The official cause of death was listed as pneumonia, but Dr. Sebi’s followers believe his death was suspicious.

“Why do they kill all holistic doctors?” Hussle responded when Charlamagne Tha God asked him why he thought they killed Dr. Sebi. “You short-stopping they grind. Why do niggas get killed for hustling in front of a nigga spot? You short stopping the grind. And these niggas, they check is billions. You got niggas that get flipped for a couple hundred thousand; so you playin’ with some pharmaceutical money, you know.”

Hussle said he wanted to do the documentary because he thought the story was too significant not to be told.

“I think the story’s important. I think it’s a powerful narrative. … Imagine this, anybody in this room if I could say, ‘Hey somebody cured AIDS,’ y’all would be like yeah right,” Hussle said. And then I could show you an example of him going to trial and proving in a court to a jury that he cured AIDS, y’all would be interested in that and y’all would look into the way he did it.”

Cannon made the promise to complete the documentary after Hussle was killed. In an Instagram post paying tribute to Hussle the day after the Grammy-award winning rapper was gunned down in front of his Marathon Clothing Store, Cannon wrote:

“Where you left off, we gonna carry one! It’s a MARATHON, so I’m picking up the baton! Because they can’t kill us all! Spiritual Warfare is REAL and in full effect. … Now, Your message is my message! Your work is my work!” Cannon wrote in the caption of a photo of he and Hussle.

He followed it up with a post that included video footage of Dr. Sebi talking about how Black people should eat, adding the caption, “We have to take RESPONSIBILITY for our OWN!!”