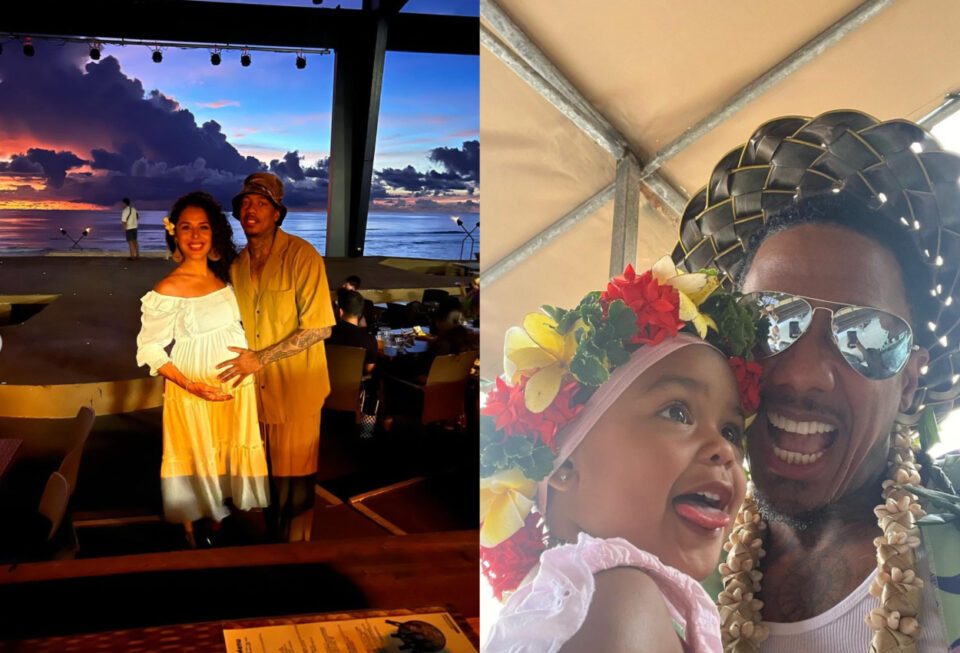 Nick Cannon recently enjoyed his second babymoon vacation with another one of his expecting baby mothers this year.

Months after enjoying a lavish getaway with his then-pregnant baby mother, Bri Tiesi, Cannon shared family photos from his recent vacation to Guam with Brittany Bell and their two children.

“Thank you to the @thetsubakitower for taking care of my family and I [sic] while in Guam! Such a wonderful experience! Hafa Adai!” Cannon captioned his post.

After sharing the vacation post, Cannon’s next post showed him enjoying some daddy time with his two eldest kids, twins Monroe and Moroccan, shared with singer Mariah Carey.

After back-to-back family posts, Cannon’s next post included a photo showing him booed up with his longtime on-and-off girlfriend, Jessica White.

“Uh Oh… I guess we Wildnout for real for real!!” Cannon captioned the post.

The Wild N’ Out star faces criticism over his growing number of children with multiple women. His third baby with Bell will be his 10th child. In addition to his three with Bell and two with Mariah, Cannon shares twins Zion Mixolydian and Zillion Heir with DJ and radio personality Abby De La Rosa.

In June, De La Rosa announced that she was pregnant but didn’t identify the father. Fans on social media have speculated about Cannon being the father.

Cannon has remained adamant that he “don’t [didn’t] have no accident[s]” when it comes to his growing number of children. In July, Cannon teased that he would welcome three more children within the next year.