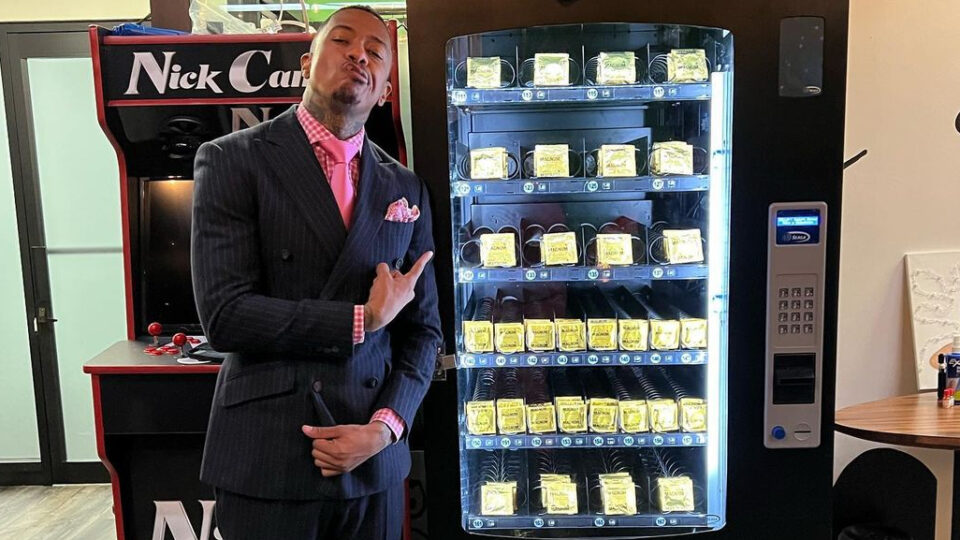 The recent baby-making exploits of Hollywood entertainer Nick Cannon continue to make headlines. Now, someone has gifted the 41-year-old actor with a vending machine… full of condoms.

On Tuesday, Cannon, who has seven children by four different women in addition to a baby on the way, took to Instagram to show off the present he recently received.

“Looks like somebody just sent me an early Valentine’s Day gift!! Vending Machine full of Magnums🤦🏾‍♂️❤️”

For those wondering who the culprit was, he revealed himself by snatching the photo Cannon took and posting it on his account. It was no one other than superstar comedian Kevin Hart who revealed that he sent the gift to Cannon.

Cannon recently announced that he is expecting his eighth child with real estate agent and Wild N’ Out model Bre Tiesi a few months after the death of his seventh child, Zen. On his daytime talk show last week, Cannon said he “sincerely apologizes” for revealing the news in the way he did. He also apologized to everyone it affected “for any extra pain or confusion” that the announcement caused.

According to People, Cannon publicly announced the upcoming birth of his eighth child last week, which set off an immediate reaction from Zen’s mother, Alyssa Scott. She took to Instagram to tell her followers that she is “at peace” and “will not judge” anyone, seemingly directed at Cannon after his baby announcement. Cannon ended up apologizing and expressed remorse for the way he announced the baby news.

“I misspoke and probably went too much into detail on Monday expressing my feelings, and it probably felt like I was making some comparatives when talking about the passing of my son Zen and then also talking about the new child I’m expecting. I didn’t need to do that because those are two completely separate moments in my life, and they both deserve the respect,” he said.