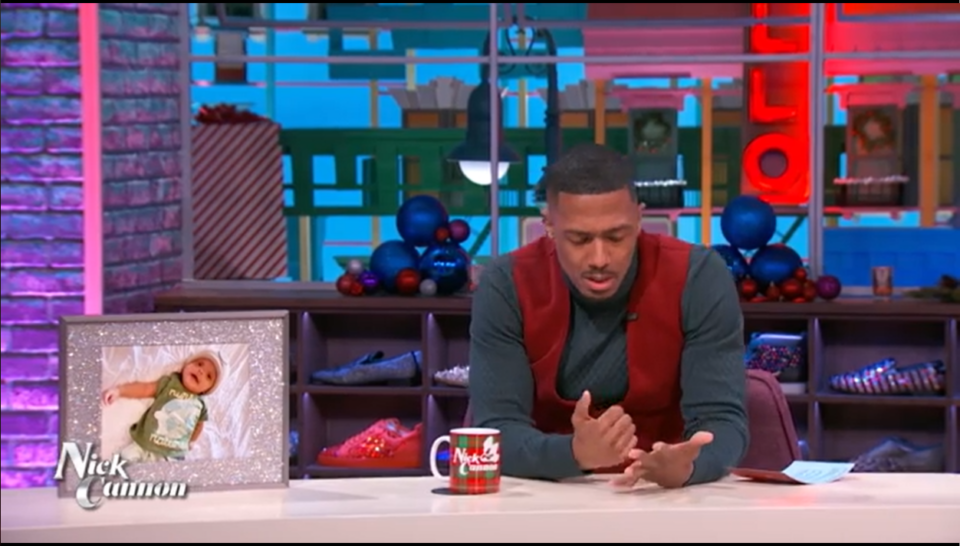 The multifaceted entertainer who had his son Zen S. Cannon with model Alyssa Scott in June, reported that when he was just two months old, he started having sinus issues. Cannon explained that his son’s head seemed irregularly large and after getting the tot examined, the doting parents learned that Zen had a brain tumor and it was cancer.

Zen had to undergo emergency surgery but the 5-month-old later died. Cannon was very emotional when he shared with viewers of “The Nick Cannon Show” the sad and devastating news.

On Father’s Day, Wild N’ Out model Alyssa Scott seemed to confirm she was expecting Cannon’s seventh baby in what appeared to be a snap snuggled up with the TV host and comedian.

Then Scott later dropped the pic in her Instagram stories showing off her baby bump in a flowy royal blue and black dress while hugged up with a man whose head is turned and had the same tattoos as Cannon, as Us Weekly notes and resembled him from the side angle.

Cannon also has twins with deejay Abby De La Rosa and has four other children: Monroe, 9, Moroccan Scott, 9, Golden “Sagon” Cannon, 4 and Powerful Queen Cannon, who was born in December.

This is so tragic and we wish Nick and Alyssa peace.