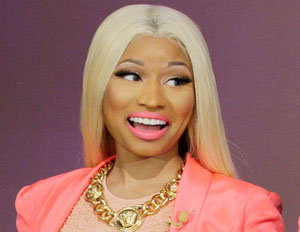 Despite Nicki Minaj’s name negativelyÂ trending alongside the names of Meek Mill and Miley Cyrus, the 32-year-old rapper has been steadily handling business.

The Nicki Minaj world tour pulled in pretty big numbers, according to Billboard, asÂ it made its way across Europe and North America.

The tour ran in support of her last album, The PinkPrint, which dropped last December and earned the rapper turned pop-star $13 million in revenue; according to the music magazine.

Minaj’s sold out Brooklyn performance at the Barclays Center was the highest grossing show on the schedule, earning $1.3 million in ticket sales. Chicago’s Hollywood Casino Amphitheater made for the largest crowd among the North American venues, with 22,700 fans present for an outdoor performance.

The tour began in Europe on March 16, playing 17 cities in eight countries, during a four-week span, and then hit a second round of European shows in July, which included festival appearances. Once stateside, Minaj hit the road, stopping in Dallas, Texas, and of course in New York.

For more information on the top world tours, head over to Billboard.