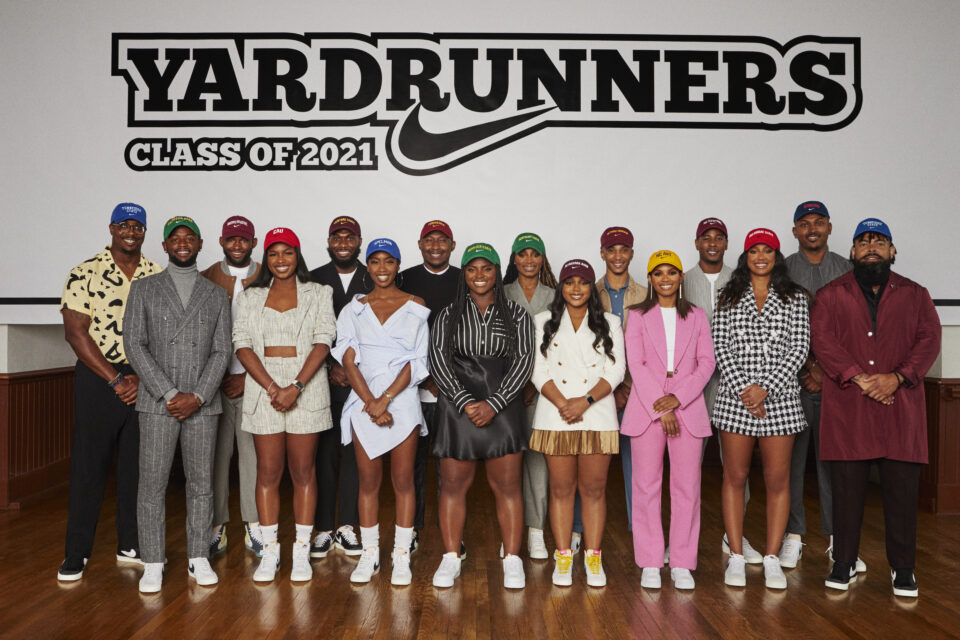 Nike is back with another fan gear collection that aims to highlight and celebrate the cultural contributions of HBCU students and alumni nationwide.

Through Nike’s HBCU Yardrunners Campaign, the mega athleisure brand continues its commitment to deepening its relationships with Historically Black Colleges and Universities (HBCUs). Using the term “yardrunner,” which has roots in both the AAVE and HBCUs, Nike is championing the elevation of any person or group dominating in their territories.

“For Nike to have a campaign promoted alongside HBCUs is a major win for not only the Black community but for academia and general representation as well,” Tameka Shockley, Delaware State University Alumna told BLACK ENTERPRISE.

In alignment with Nike’s commitment to diversity, equity, and inclusion, the company pledged $10 million in the form of scholarships and academic partnerships to increase interns and direct hires from HBCUs and Hispanic-serving institutions.

“This is actually Nike’s second class/cohort of HBCU YardRunners and the main reason for this is due to the overwhelming response from young people everywhere from the first campaign in 2020 which was caused by the overwhelming show of recognition to Black excellence across mediums,” Shockley said.

“This in tandem with the fact that some of Nike’s highest-paid athletes are Black and happen to come from HBCUs is only a plus for schools directly sponsored by the popular brand.”

As major corporations continue to pivot their bottom line to place more importance on diversity and inclusion, the need for breaking stigmas against highly oppressed groups is and will always be a factor in seeing true progress. It’s part of why Nike’s Yardrunners Series is intended to celebrate and empower the Black community by investing in and creating platforms and apparel for athletes to shine and drive meaningful change.

“The YardRunner campaign helps to break stigmas surrounding the Black community by showcasing that no matter where we come from and no matter how big we blow up; the major catalyst for success is streamlined through the HBCUs we call home,” Shockley said.

“It is through the HBCUs involved in this campaign that all the protagonists have attended that they have been afforded these major opportunities through strong large networks within the HBCU pipeline, a quality education, and a strong sense of community.”