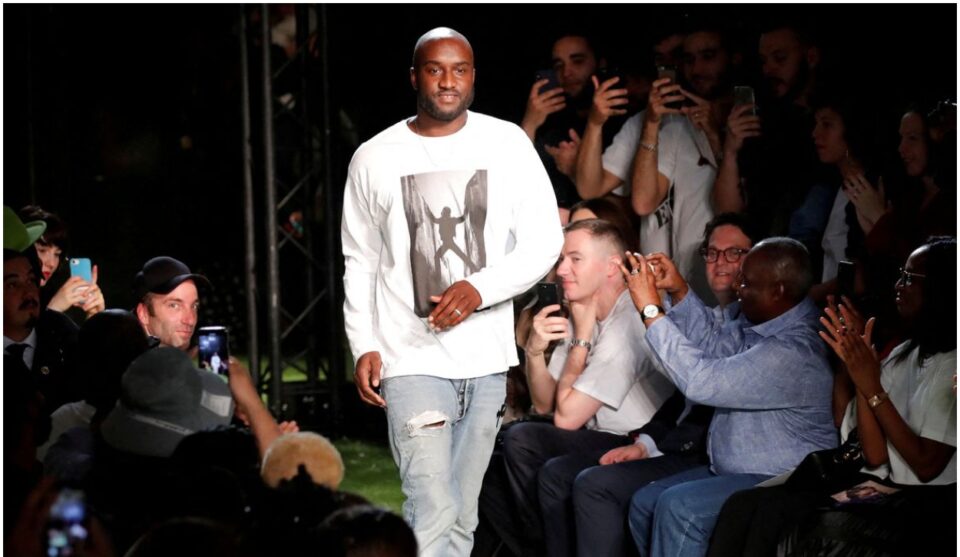 Bids for 200 pairs of Nike/Louis Vuitton “Air Force 1” sneakers designed by Virgil Abloh are running well beyond Sotheby’s initial estimates in an auction with a week to go.

The sale, which the Louis Vuitton creative designer helped to plan before his death from cancer at age 41 in November, will benefit The Virgil Abloh “Post-Modern” Scholarship Fund for Black, African-American and students of African descent in the fashion industry.

“We’re currently at around $6.1 million in hammer price,” said Sotheby’s Head of Streetwear and Modern Collectibles, Brahm Wachter, on Tuesday, when bids ran as high as $80,000, according to a press release.

The original total estimate was $1 million to $3 million for the Jan. 26 to Feb. 8 auction. On opening day, the number of bids broke Sotheby’s record for online sales.

The sneakers were the first official collaboration between Nike and Louis Vuitton.

“It’s really bringing together two of the great Goliaths of industry. And of course, the genius of Virgil Abloh, who so many people love and respect and miss,” Wachter said.

“Bringing all three of these worlds together is really an incredible thing, which I think is driving global interest.”

Abloh, one of the highest profile Black designers, had been the creative mind behind Louis Vuitton’s menswear collection since 2018. In July 2021, LVMH mandated him to launch new brands and partner with existing ones in non-fashion sectors such as furniture and luggage.