'No Incest Over Here!' Jim Jones Mother Responds to His Disturbing Reveal That She Taught Him How to French Kiss 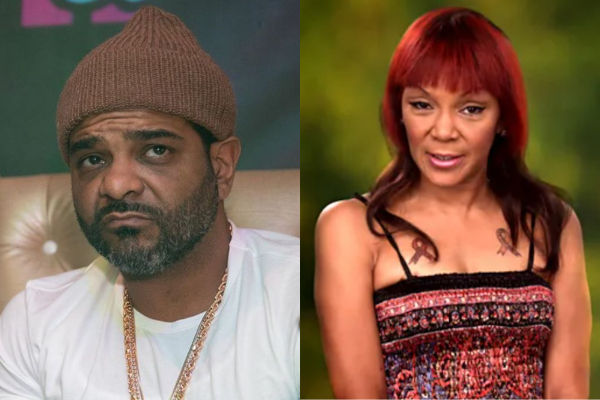 Mama Jones, the mother of Jim Jones, is clearing the air on the rapper’s disturbing reveal earlier this year that she was the one to teach him how to French kiss a girl.

She recently appeared on The Bully and The Beast podcast, where she admitted to teaching the Dipset rapper how to kiss. But she blames her son for not telling the story right.

“It’s OK to say it, but say it like ‘my mother showed me how to kiss with her hand.’ Because I don’t want him out there not knowing how to tongue kiss,” Mama Jones said.

“There’s no incest over here at all!” she added. “Yes, a lot of thing I taught myself in life—because I want him to be that man.”

In January, Jim Jones shocked many when he credited his mother for teaching him how to tongue-kiss the opposite sex.

“My mom … taught me how to tongue kiss when I was younger,” Jones revealed on Angela Yee’s “Lip Service” podcast.

“What was the instructions?” Yee asked, to which he responded, “there wasn’t no instructions, she showed me with her mouth.”

A shocked Yee then asked for clarification, “She kissed you?”

“It’s my mother, what do you mean?” Jones said in defense of the situation.

“Remember, my mom was 17. She’s a baby,” he went on to explain. “Look at all the babies that’s having babies now and look at how they act with their babies. It’s like they have a little sister or little brother more than they had a child.”

When asked if he thought his first French kiss was “nasty,” he said, “with my mom, it didn’t phase me,” but the first time he finally kissed another girl, “I was so … pissed off. I didn’t know what the f–k was going on.”

Jim Jones says his mom was the first person to show him how to tongue kiss pic.twitter.com/vbWz6eJRIs

After the clip was shared online, Jones faced criticism from internet trolls who found the reveal disturbing and an extremely uncommon scenario for a mother and son o share. The Love & Hip Hop NY alum took to social media to address the criticism and claim that he was only joking.

“For the record, I love my mama more than anything in the world, and for the record, it was a joke,” he claimed at the time. “People take things way too far.”