Not Reaching! A Pouch to Combat Police Brutality 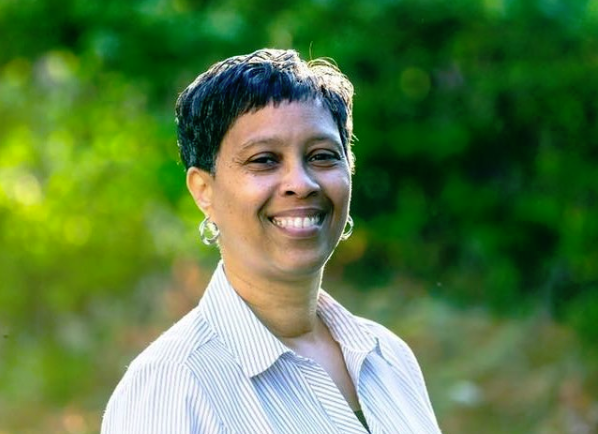 Jackie Carter, founder of the Not Reaching! pouch. (Instgram)

Philando Castille was murdered on the day Jackie Carter was celebrating her son’s birthday. Carter told NBC BLK, “I’m more fearful for my son in a car here in America than when he’s serving in Afghanistan.” Castille and others, were killed by police as they reached for the proof that was requested of them. These tragedies, many deemed incidents of police brutality, led her to create something that can assist in providing a solution to these all-too-frequent crimes; because she too fears for the life of young black men and women.

In taking steps to protect her son, Carter created a small, clear identification pouch which attaches to the driver’s side air vent of any vehicle. The pouches holds a person’s license, registration, and other necessary documents that may be needed in a random traffic stop. She calls it the “Not Reaching!” pouch; hopefully it will help in decreasing potentially dangerous interactions with police who seem to have a deep seated, intrinsic fear of black men and women. According to NBC Washington, Carter has so far sold over 1,000 units since launching the product in 2016.

The website where the Not Reaching! pouch is sold, is not just an e-commerce entity, but also a place for statistical information about the disproportionate number of traffic stops and potentially fatal encounters with police affecting black drivers in comparison to white drivers, and the bare minimum black drivers can do to protect themselves and hopefully make a random traffic stop as easy as humanly possible. The website has this message:

‘Not Reaching’ Pouch: A Solution

A solution to the fatal traffic stops experienced particularly by young, minority males throughout the country. Not Reaching! is an identification system allowing motorists to remain stationary in their vehicles during a traffic stop by eliminating reaching for identification after the request of law enforcement. Not Reaching is a start to a safe traffic stop and helps to de-escalate a tense situation.

One of the biggest fans of this invention is Philando Castille’s mother, Valerie Castille, who has lent her full support to Jackie Carter’s product. She is, no doubt, still grieving the death of her innocent son.

If the Not Reaching! pouch is something you’re unable to invest in, then simply go to Staples, or any other store, and purchase a clear pouch where the important information is easily accessible.

Additionally, in the aftermath of recent violent confrontations during police traffic stops, AAA is offering guidelines on what to do and what not to do during a traffic stop: