Not The BEYangs! Some Beyonce Fans Not Feeling Her Chopped and Uneven Bangs in British Vogue 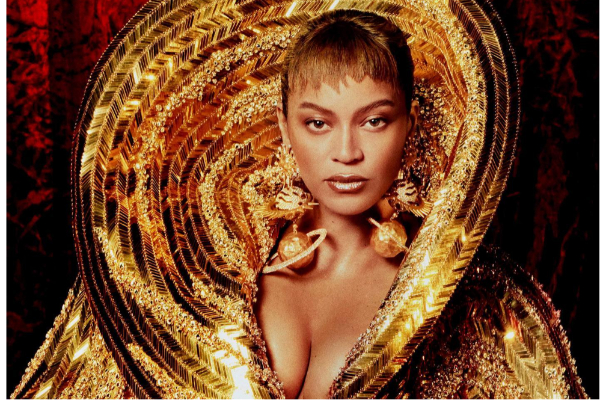 Beyonce can do no wrong in the eyes of the Bey Hive. But when it came to the disproportionate bangs she donned on the cover of British Vogue, her fans couldn’t hide their distaste for the choppy look.

On Thursday, the magazine debuted the July 2022 cover with glam shots of Beyonce. The decorated Grammy winner opened up about her new highly anticipated album Renaissance set for release on July 29.

Photographer Rafael Pavarotti captured the regal shots for Beyonce’s “fashion fantasia” theme. In one look, Queen Bey wore a gold-sequin coat embroidered with Swarovski rhinestones and Schiaparelli Haute Couture jewelry that resembled the queen she is.

But it was the accompanying hairstyle with the royal look that left fans scratching their heads. While sharing the looks on her Facebook page, Bey Hivers couldn’t hold back their disappointment with some of the final shots that were selected for the editorial spread.

“Sometimes it’s like high fashion magazines try to make people look as bad as they can and then call it art,” one fan said.

“This is a terrible picture. I didn’t even recognize Beyoncé. She’s much prettier than this.”

“Luv me some Bey 😍❤️ but the bangs are a no for me… Somehow she’s still so very gorgeous,” another fan added.

“Took me a second to realize it was her. Ah, high fashion,” one user wrote.

“The bangs are making her look older. Still love you Bey,” said one fan.

“Don’t hate me but I don’t love this picture of her,” said one user in response to another who claimed the photo was not “flattering.”

Beyonce went high-fashion for the photo spread and donned looks that were at her request.

“B wanted to play with fashion like never before, and as we swapped references (from the 1990s garage scene to ’80s excess), talked hair and beauty, and got to know her team, a vision of glittering retro-futurism began to take shape,” Edward Enninful, British Vogue’s editor-in-chief, wrote of Beyoncé’s collaboration on the photoshoot in a piece for the magazine.