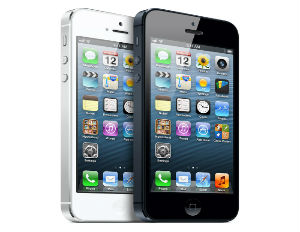 The recent spike in iPhone theft in New York City has caused the New York Police Department to create a team to work with Apple to track down and retrieve stolen devices. Mayor Michael Bloomberg and Police Commissioner Ray Kelly link the spike in the city’s crime rate to the increase in stolen Apple products, reports Vibe.com.

The NYPD has partnered with California-based tech company International Mobile Station Equipment Identity to obtain tracking numbers for the stolen Apple devices. Apple can then track the ID numbers and notify the NYPD where the device is located.

“We’re looking for ways to find individuals who have stolen Apple products and return the products to their original owners,â€ NYPD spokesman Paul Browne told the New York Post. “It is being done to learn the pattern who is stealing.â€

The police department hopes the partnership will help catch the thieves who are snatching and reselling the devices.

There were 11,447 stolen Apple devices from January to September 2012, according to the NYPD. That’s an increase of 3,280 over the same period the previous year.

What do you think about the NYPD’s newly formed task force? Do you think it will lower the number of stolen Apple devices? Let us know what you think in the comment section below.