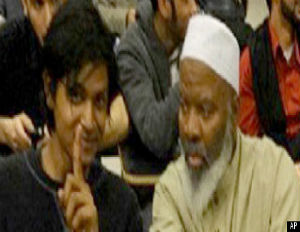 Shamiur Rahman, 19, says he “baited” Muslims into conversations about terrorism and jihad when he worked as a NYPD informant.

Sheimeir is an American of Bangladeshi descent who says the police told him to “create and capture,” which involved creating a conversation about jihad or terrorism, then capturing the response and sending it to the NYPD, according to Loop 21.

He earned as much as $1,000 a month and a pass on his marijuana arrests.