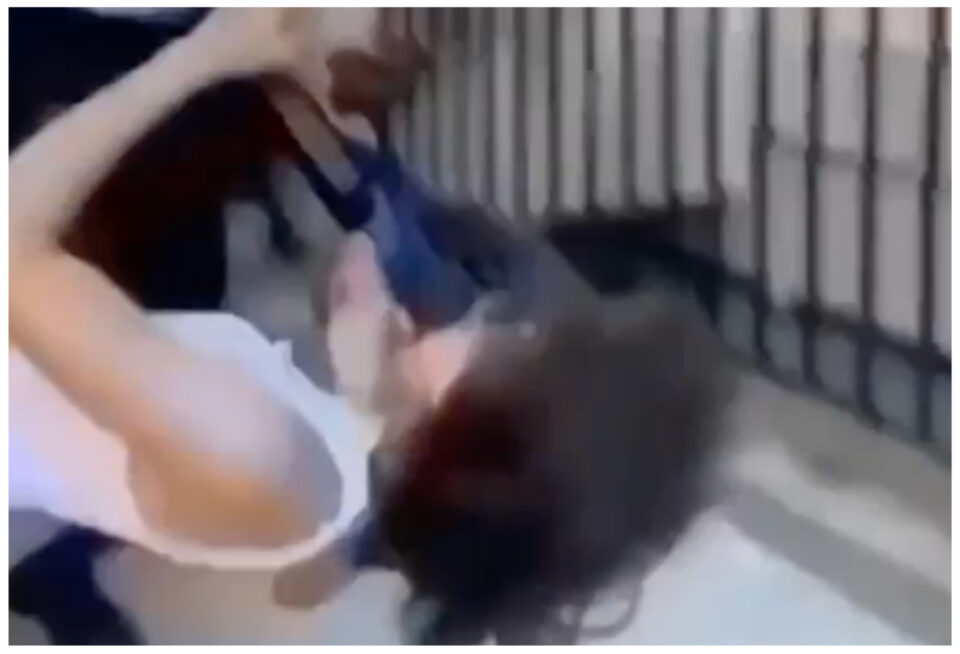 Tamani Crum was knocked to the ground after she tried to interfere with an arrest in New York on Aug. 30. (Image / NBC4 NEW YORK)

An officer from the NYPD is under investigation after a video of him hitting a 19-year-old woman who was pushing him was caught via cell phone in New York on Tuesday. Tamani Crum was knocked to the ground after she tried to interfere during an arrest around 5 p.m. in Harlem.

The incident happened on West 136th Street near Adam Clayton Powell Boulevard while a group of NYPD officers were arresting a murder suspect. Crum tried to intervene in the arrest and pushed one of the officers, later identified as Detective Kendo Kinsey, who immediately punched Crum in the head and sent her flying before her head hit the pavement as she landed on her back. Bystanders were heard asking, “Why would you do that? That’s a little girl.”

Crum’s mother told NBC New York that her daughter was severely bruised after the incident.

“I get blown away to see this happen to my daughter; it’s so painful for a mother to see that,” she said. “They are just violating these kids’ rights, it’s not right.”

Crum was arrested immediately after the incident and charged with resisting arrest, assaulting a police officer, and obstruction. Crum’s grandmother Julia Crum believes that her granddaughter should not have been hit. “He should never, never, never put his hands on her, or any female. He’s wrong,” she said.

“The question is: When did it become a tactic for crowd control to knock somebody else unconscious?”

The Detectives’ Endowment Association said that Crum suffered the repercussions of assaulting a police officer. “When you assault a New York City Detective in order to interfere with an arrest of a man armed with a gun there are repercussions.”

“I think those police officers on the scene showed great restraint. They did what the system called for,” he said. “People got in and interrupted while police were taking action. That just can’t happen… At a safe distance, you can video what the officers are doing, but you should never go inside a scene of apprehension.”