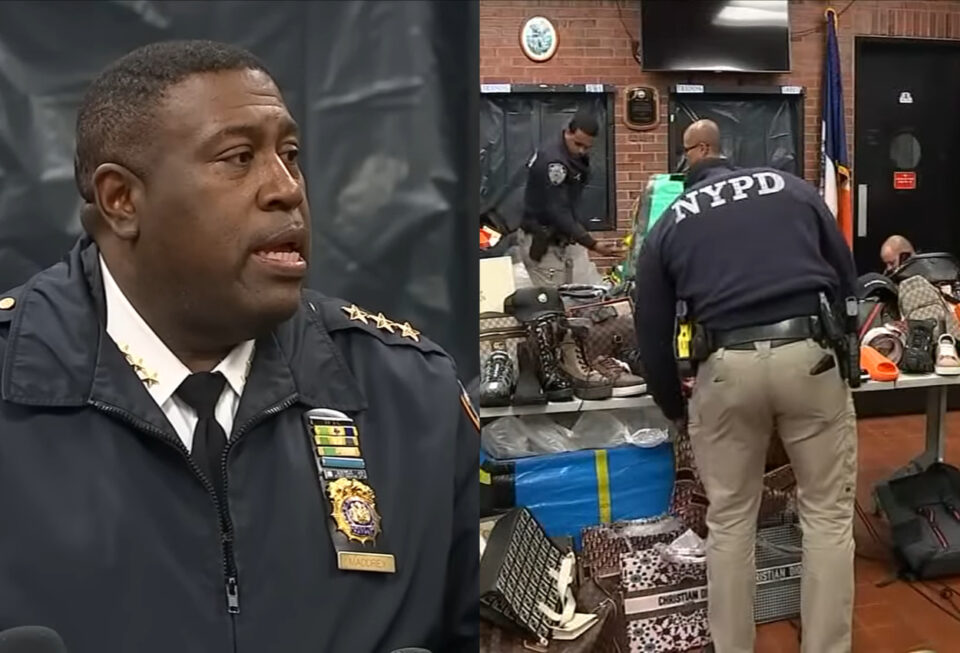 The NYPD seized more than $10 million worth of “high-end counterfeit goods” and arrested 17 street vendors during a bust in Lower Manhattan Monday.

CBS New York reported that the NYPD seized knock-off purses, jewelry, sneakers, and other fake designer products. The vendors are facing charges of trademark counterfeiting property over $1,000, a felony in the state of New York that can result in up to ten years in prison, according to Chief of Patrol Jeff Maddrey.

The NYPD added they “seized over three truckloads of merchandise.”

“The area of enforcement we went to today resembled a local street market,” the chief said at a press conference a few hours after the bust.

“The sidewalks were blocked. There was property everywhere, merchandise everywhere, and this really impacts local businesses in a negative manner, as well as reduce the quality of life of the residents,” he added.

According to the outlet, the bust resulted from a complaint lodged by a local shopkeeper. The NYPD consulted with several luxury goods manufacturers ahead of the bust, who inspected the merchandise and confirmed the goods were counterfeit.

“He or she will look at the property and say, ‘This is not authentic. This is a knockoff bag. This is a fake pair of sneakers.’ And that point, we make the arrest,” Maddrey told reporters.

The Canal Street section of Manhattan is well-known as a place where counterfeit luxury items for brands like Louis Vuitton, Hermes, and Gucci are sold. The NYPD said it is trying to work with shop owners to ensure they’re selling merchandise legally, and is planning outreach efforts to educate vendors.

However, the problem might be growing. According to CBS, shoppers are also seeing counterfeit items being sold on Fifth Avenue this holiday season.

According to INC, counterfeit goods cost the U.S. $600 billion a year.