'O.J. Is Innocent' Docuseries Set To Be Produced by Martin Sheen 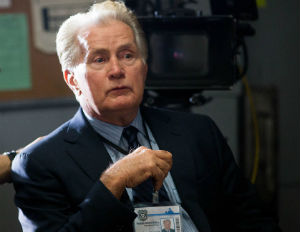 Did O.J. do it?Â  Well, it seems like for Martin Sheen the jury is still out.

According to recent reports, Martin Sheen is set to produce Hard Evidence: O.J. Is Innocent, a six-episode docuseries airing on Investigation Discovery. After all the buzz FX received for its new series American Crime Story: The People V. O.J. Simpson, Sheen hopes Hard Evidence will capitalize on the buzz and help bring Nicole Brown Simpson’s real killer to light. Not to mention, capitalize on the surge in media interest surrounding everything O.J.

The true-crime series will dig back into the infamous case, also dubbed “the trial of the century.” Evidence will be provided in an attempt to prove O.J. Simpson’s innocence in the involvements of the murders of his then ex-wife, Nicole Brown Simpson, and her lover Ronald Goldman.Â Hard Evidence is set to premiere in early 2017.

Sheen begs two questions, “What if the real killer were still at large? And finally, what if a grand jury convened to reconsider the case based on new evidence?â€

Investigation Discovery isn’t the only other outlet to recreate the legendary murder case. ESPN also created a seven and a half hour docuseries titled O.J.: Made in America, which premiered this January at the Sundance Film Festival, and will air live in June.

The basis for Hard Evidence comes from information collected by Dallas-based private investigator William Dear. In regards to the docuseries, Dear states, “This revealing series will now show you what may have really happened based upon all the facts, so for the first time, you will be able to judge for yourself. I am certain viewers will be shocked to learn who O.J. may have actually been covering up for.”

In 1994, Simpson was tried on two counts of murder for the June 12, 1994 deaths of Simpson and Goldman. He was acquitted on Oct. 3, 1995, when the jury reached a decision of “not guilty.” However, the Brown and Goldman families later filed a civil lawsuit against Simpson. On February 4, 1997, the jury found Simpson “responsible” for the two deaths, and both families were awarded compensatory and punitive damages, totaling $25 million.

Over and over, O.J. Simpson V. The People has been described as the most publicized criminal trial in all of American history.