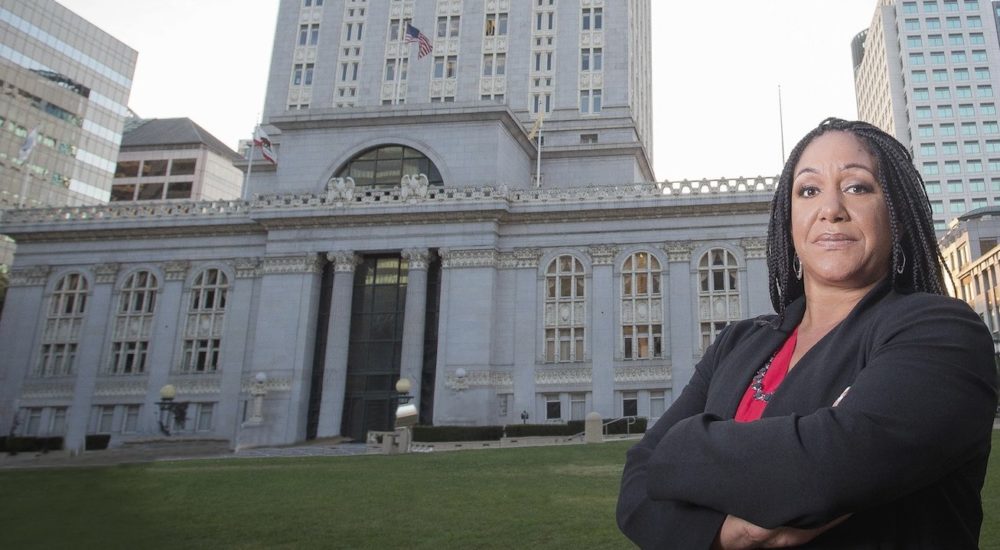 Cat Brooks is gearing up for one of the biggest moments of her life—a race to become the new mayor in Oakland, California.

“I’m running because the people — hundreds of Oaklanders — asked me to,” said Brooks. “I am deeply concerned about the direction in which our city is headed. As the recent Equity Indicators Report demonstrates, Oakland is failing to provide all of our community members with equitable opportunities to live, work, and thrive in Oakland. It’s time to elect politicians who are truly invested in a better future for the people of Oakland, and are willing to do the work to get us there.”

Currently, Brooks serves as the executive director and co-founder of the Justice Teams Network, a network of grassroots activists providing rapid response and healing justice in response to all forms of state violence across California. She’s also the co-founder of the Anti Police-Terror Project, an organizer, and proud resident of Oakland, California. Additionally, she’s served as executive director for both Youth Together and the National Lawyers Guild.

“I am most proud of the work we have done with families who are survivors of state violence and the development of the APTP First Responders Guide that trains communities to rapidly respond to incidents of police violence,” said Brooks. “It also trains organizers how to support families through the process of fighting for justice and rebuilding their lives. This model is currently being replicated across the country and parts of Canada.”

Recently, she left her position as co-host of KPFA radio’s morning show “Upfront” to run for mayor. In this interview, she shares her plans to uplift and transform the city of Oakland.

Black Enterprise: Across the US there is a lot of voter distrust of government and election security. What would you say to the person who’s reluctant to vote?

Cat Brooks: I would tell a person who’s reluctant to vote that I understand. People in the United States, and in Oakland, in particular, have worked with very few politicians who truly represent their interests within city government. So it would be rational for them to assume that this election is no different, and to stay home from the polls.

Our campaign is trying to create an environment in which politicians are held accountable — and that starts with us. We have been working to establish a political platform that reflects the wants and needs of the people of Oakland.

With respects to our judicial system, 45’s [President Trump] work has not been exclusively at the Supreme Court level. He has packed lower courts with judges who support his views and agenda. Strong city governments must not be afraid to litigate on behalf of themselves and their people. When 45’s judges come after unions, sanctuary, people of color, the LGBTQ community, and/or others, cities must invest in protecting those who are made vulnerable.

When it comes to each of the issues on your political platform, what are the changes you’d like to see and how specifically are you working to make those changes?

Housing is my number one priority and in the first 100 days of my administration. I want to get the 6,000 homeless people sleeping on our streets into shelters and beds. We can ramp up for a natural disaster, and make no mistake, this is a disaster that the UN just called ‘cruel and inhumane.’ So we will open up city buildings and public lands to provide safe, dignified shelter — first and foremost — while we do the long-term work of building the housing our population needs.

I want to zero in on partnerships that create wrap-around services for students and their families, including quality after-school and job training programs and programming that would create full-service community hubs through city social services and nonprofit organizations. Schools can and should be open seven days a week, offering support with things like adult education, conflict resolution, substance abuse counseling, and more. This takes the pressure off of teachers to solve every single social ill and allows them to focus on what we want them to do best: teach.

It is critical that Oakland better support small businesses and ensures equity. I want to create one-stop shops for all permitting and zones that limit big chain stores from displacing our small mom and-pops. I want to build partnerships with our community Colleges — such as Laney and Merritt — to create technical assistance for small businesses, particularly in East Oakland, where we need to ensure economic development without displacement.

Our City spends more money on overtime pay for police officers than it does on preparing our children for successful and thriving lives from day one. As Mayor, I will conduct a complete audit of the Oakland Police Department to determine how more than $271 million of the city’s dollars are being spent. It is time for 21st-century solutions to public safety that are rooted in prevention and not just criminalization, rooted in community-based, equity-focused methodologies that actually protect communities.

The air quality in parts of our city is a public health crisis. My own daughter has been hospitalized multiple times due to asthma. While I believe in the critical importance of jobs, I will not allow coal to be transported through West Oakland, further sickening our children.

Ensure Oakland is a sanctuary city by providing a commitment to a policy that prevents any collusion between local law enforcement and federal agencies. Also working closely with the most impacted communities to create and strengthen rapid response networks, “know-your-rights” training, and other community safety mechanisms.