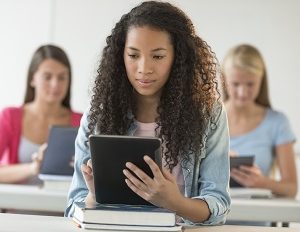 The White House has released a new report the Obama administration’s progress to advance equity for women and girls of color over the past eight years.

President ObamaÂ created the White House Council on Women and GirlsÂ in March of 2009 to address the needs and distinctive concerns of women and girls. The Council launched a specific work initiative called Advancing Equity, to ensure that policies and programs across every agency, department, and office in the federal government takes into account the unique obstacles faced by women and girls of color.

The 2016 report is a follow-up to the 2014 and 2015 reports, as well as a summary of the Obama administration’s accomplishments. In November 2014, the White House released a report titled Women and Girls of Color: Addressing Challenges and Expanding Opportunities to identify barriers. It discussed important issues such as education, economic security, violence against women, health and safety, and criminal and juvenile justice. Â Then, in November 2015, the Council released a new report, Advancing Equity for Women and Girls of Color, to highlight some of the additional steps taken by the administration. That report identified such issues as school discipline policies, sexual abuse and trauma, teen pregnancy, and economic prosperity through job mobility.

Fighting for Equality by Challenging Disparities

“We have taken important steps forward to elevate and address key issues that disproportionately affect women and girls of color, including women and girls from marginalized and underserved populations, notes Valerie Jarrett, senior advisor to the president and chair of the White House Council on Women and Girls. “Moreover, the call to action around this work has inspired philanthropic leaders, academic institutions, and nonprofit organizations to continue efforts that sustain and build upon the progress we’ve seen over the past eight years,â€ Jarrett wrote in a column that appeared on the Grio.com.

She went on to say that President Obama understands the importance of investing in women, noting that more than 50% of women are in the workforce, and more than 40% of working moms are the primary or sole breadwinners. “This work is personal for us too,â€ she writes. “We are single moms and the sole breadwinners. We’ve seen firsthand how a lack of paid family or sick leave, or affordable childcare, or equal pay, or workplace flexibility can hurt mothers and fathers alike. We have worked in male dominated workplaces and seen how double standards around negotiating for pay can hurt women and their families.â€

Giving All Women a Seat at the Table

According to Jarrett, over the past eight years, the administration has brought in thousands of stakeholders, to learn from them about what solutions make sense. It has also worked with women from all walks of life—from immigrants and those in low-income, marginalized communities; to cisgender and transgender women; veterans; and women with disabilities—giving them all a seat at the table. “Their voices and experiences have informed our priorities, and we’re proud of our work together,â€ she states.

“We’ve helped build a national movement for criminal justice reform, and focused on issues such as the sexual abuse to prison pipeline, and juvenile justice disparities that affect women and girls of color,â€ adds Jarrett. “We’ve championed It’s On Us to combat sexual assault on college campuses, and given K-12 schools a better way to fight it there as well. And we are proud of the new tools to protect against violence that were contained in the reauthorized Violence Against Women Act.â€

She also noted how the Obama administration prevented health insurers from discriminating against women and ensured women have access to preventive services including birth control, cancer screening, and domestic violence counseling.