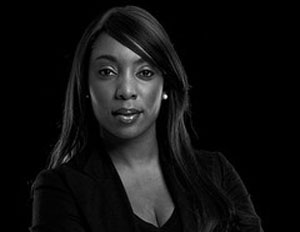 President Obama just ended his whirlwind multi-country tour of Africa. Traveling to Senegal, South Africa and Tanzania over six days, his first major trip to the continent included moments both powerful and poignant: The First Family’s tour of the famous slave trade memorial, Maison Des Esclaves (House of Slaves) at Goree Island where millions of enslaved Africans passed through the “Door of No Return”; a trip to Robben Island, the former prison where Nelson Mandela spent 18 of his 27 years of incarceration for defiance of apartheid; and Obama’s visit to comfort the Mandela family as the revered leader fought for his life in a Pretoria hospital. The historic meeting between the first black president of the United States, the son of a Kenyan, and the first black president of South Africa would not take place though.

As expected, Obama’s trip was chock full of meetings with dignitaries and business leaders as well as speeches designed to deepen US-Africa relations. But his visit, along with Tanzanian President Jakaya Kikwete, to the Ubungo Power Plant holds special relevance to entrepreneurs. It was at that facility — a public-private partnership between the Tanzanian government and General Electric Africa — that Obama witnessed a demonstration of the Soccket ball, a soccer ball that harnesses the kinetic energy generated during play to provide a source of renewable, off-grid power. In fact, a single bulb LED lamp can be plugged into the ball to provide hours of light. This revolutionary portable generator was invented by 25-year-old Jessica Matthews, co-founder and CEO of Uncharted Play Inc., a two-year -old company that grossed $1 million in 2012. Matthews, a dual citizen of Nigeria and the United States, developed Soccket with her partner Julia Silverman when she was just a 19-year-old Harvard University student.

She’s no stranger to BLACK ENTERPRISE. This year at our Entrepreneurs Conference in Columbus, Ohio, Uncharted Play received the Innovator of the Year Award for using Soccket to bring power to rural, off-grid areas of Africa as well as Latin America and the United States.

Matthews represents the type of tech innovators the president believes can help advance one of his major strategic initiatives for the continent: Power Africa. In an address to students at South Africa’s Capetown University a couple of days before the Soccket demonstration, Obama pledged $7 billion in U.S. investment, along with gaining $9 billion from the private sector, for electricity projects to bring “light where there is darkness.” The energy program seeks to impact as many as 20 million new African households and businesses in Ethiopia, Ghana, Kenya, Liberia, Nigeria and Tanzania.

Power Africa was the centerpiece of Obama’s message: “Let’s do business.” But he didn’t stop there. He also announced anotherÂ  initiative — Trade Africa — to increase commercial exchanges with and within Africa, starting with the East African Community. As part of that effort, he maintained his administration would negotiate a regional investment treaty with the EAC and work with countries to modernize customs and reduce other barriers obstructing the flow of goods to market. Moreover, he pledged to convince Congress to support extension of the 13-year-old African Growth and Opportunity Act (AGOA), which allows Southern African countries to ship certain products to our country tariff-free. The act expires in 2015.

The president has made such moves as China has increased its footprint in Africa. Since 2009, China’s trade with African countries has grown to roughly $200 billion a year, surpassing America for the first time in history. And other foreign countries that ignored the continent only a decade ago have discovered the profit potential in its emerging markets. In 2010, South AfricaÂ  joined the industrialized growth economies known as BRICs, which includes Brazil, Russia, India and China. As of 2013, the five BRICS countries reportedly represent almost 3 billion people, with a combined gross domestic product — output of goods and services — of $14.8 trillion; currently South Africa chairs the group.

During his trip, the president said: “Africa is home to many of the world’s fastest-growing economies. Sectors like retail, telecom and manufacturing are gaining speed…The world is investing in Africa like never before. In fact, we’re close to reaching a historic milestone where foreign aid to Africa is surpassed by foreign investment in Africa.”

So what does all of this mean for you? In a word: Opportunity.

African American businesses can no longer afford to shun global trade. Ron Kirk, U.S. Trade Representative during the first term of the Obama Administration, told me a few years back that “the United States represents about 5% of the world’s consuming population now. That means as a practical matter, 95% of our opportunities lie outside our own borders…What a lot of people don’t know is 95% of our exporters are small to medium-sized businesses.” In fact, during his tenure, he used the annual AGOA to connect African senior representatives and some African American entrepreneurs.

Although there continues to be great reluctance for African Americans to access global markets due to perceived risks, African government officials have come to the U.S. to seek out their ingenuity. Two years ago, I met with Mpho Parks Tau, mayor of Johannesburg, who came to the U.S. to identify a diverse group of entrepreneurs to help create a “green” presence within the city.

BLACK ENTERPRISE has also covered entrepreneurs who have profited from global exploration, many who have spread the gospel at our events. For instance, former Goldman Sachs investment banker Teresa Clarke, a speaker at our Women of Power Conference, has built Africa.com into the fastest-growing Africa-related website, with about 5 million page views per month from visitors in more than 200 countries throughout the world.Â  (You must read her blogs on the president’s trip.) Critically-acclaimed actor Jeffrey Wright spoke at our 2011 Entrepreneurs Conference about the creation of Taia Lion resources, a company that owns rights to land targeted for gold exploration and mining in Sierra Leone and devotes a percentage of its operating budget to local economic development efforts. Entrepreneur BriggetteÂ  Harrington, who appeared in our December 2009 cover story on global business, launched successful golf pro shops in Ghana as well as brought a group of entrepreneurs from the country to the Black Enterprise/Pepsi Golf & Tennis Challenge to build cross-continental relationships.

Those represent but a few opportunities connected to the motherland. Before taking the plunge, heed the advice of Rick Wade, former deputy chief of staff at the U.S. Department of Commerce who now heads a global business development firm that bears his name. As a part of National Small Business Week, he told entrepreneurs who want to join the global supply chain to partner with other small and mid-size companies that know the international business terrain to leverage human, technical and financial resources. Establish close relationships with trade agencies such as the United States Department of Commerce and Export-Import Bank. Moreover, minority-owned firms “must fight for a seat at the foreign investment table” and acquire funding from sources in ChinaÂ and other countries.

From sectors ranging from agriculture and energy to technology and energy, American entrepreneurs can indeed gain a foothold in Africa, but, to paraphrase, fortune favors the audacious and innovative.

Ask Jessica Matthews. She continues to grow Uncharted Play while developing solutions that can drive business development and reduce poverty over time. Her company’s next venture, Ludo, is a “smart ball” that uses an internal motion sensor to track playing time and convert it into points in which consumers can donate items to communities in need.Â  Given Matthews’ orientation, it is destined to become an international play.

I strongly believe that more so than any group of businesspeople, African Americans, use links with Africa from a cultural and business standpoint. We must take advantage of new initiatives and emerging global trends to grow thriving businesses. At the same time, we can bringing innovation and entrepreneurial hustle to address some of the continent’s most critical challenges.

First, like Jessica Matthews, black entrepreneurs must plug into Africa.