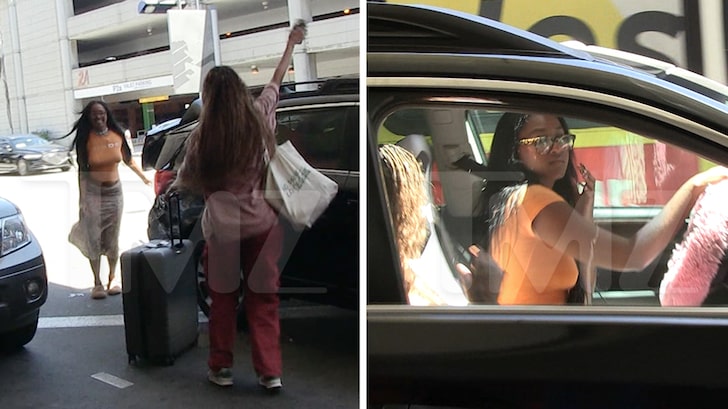 Malia and Sasha Obama celebrated seeing each other outside of Los Angeles International Airport. TMZ caught the pair doing a happy dance as they reunited in Sasha’s current hometown.

In the video, the sisters are seen hugging as Malia had reportedly been out of town for at least a week.

Sasha is currently a student at the University of Southern California, and Malia is currently a writer on a new series from Donald Glover headed to Amazon Prime Video. As previously reported by Black Enterprise, the Atlanta creator said of the eldest Obama daughter, “I feel like she’s just somebody who’s gonna have really good things coming soon. Her writing style is great.”

His partner and brother, Stephen Glover, also mentioned Malia’s involvement with the Amazon project. “Donald always says perspective is important, and people with different perspectives are important for a writers’ room. And for sure, [Malia] definitely has a unique perspective on everything. So we wanted to hear her stories and have her work with us. Listening to her stories and having her involved really gave us a lot of good ideas.”

The series is reportedly about a “Beyoncé-like figure.”

TMZ tried to ask the sisters a few questions about how they liked their life in Los Angeles, but both were mum.

Younger sister Sasha transferred to USC from the University of Michigan. She is reportedly dating Clifton Powell Jr. The son of the famous actor is a content creator for sports companies like Nike and Peloton.

In late 2021, former President Barack Obama shared that he was proud of his daughters, who participated in several marches for Black Lives Matter. “I didn’t have to give them a lot of advice because they had a very clear sense of what was right and what was wrong and [of] their own agency and the power of their voice and the need to participate,” Obama said. “Malia and Sasha found their own ways to get involved with the demonstrations and activism that you saw with young people this summer, without any prompting from Michelle and myself, on their own initiative.”