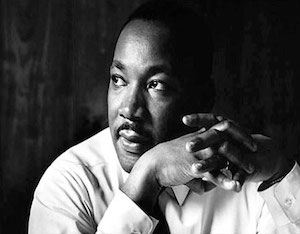 History buffs will be impressed to learn just how intent the government was in attempting to destroy Martin Luther King, Jr.’s character.

An uncensored and truly vitriol-filled letter was sent directly to the Civil Rights leader following his 1963 “I Have a Dream” speech. Serving as a haunting reminder of just how vehement the federal government can be, the letter berates the married father of four as an “evil, abnormal beast,” and tries to convince him to commit suicide.

King, who was supposed to believe that the letter stemmed from a disenchanted follower, believed that it originated from the FBI and J. Edgar Hoover. His hunch was later confirmed by the Senate’s Church Committee on intelligence overreach. “King, like all frauds your end is approaching,” the letter read. “You could have been our greatest leader.”

You can read the letter in full below:

If MLK didn’t follow through with the deadline, the unknown author would ensure that King’s “filthy, abnormal fraudulent self is bared to the nation.”