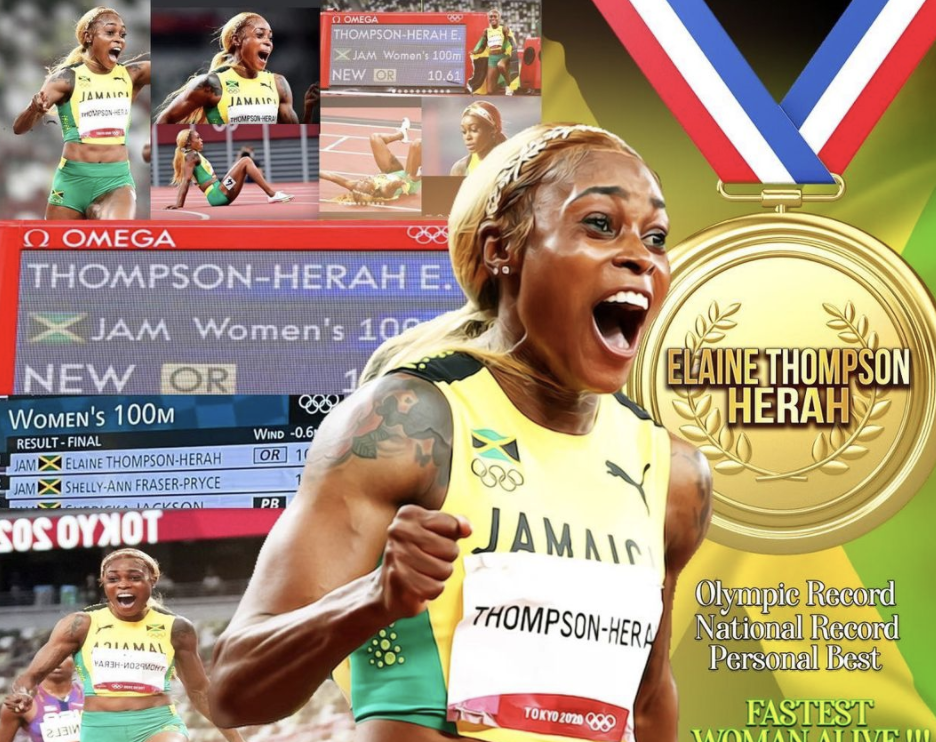 Gold medalist Elaine Thompson-Herah is calling out Instagram for allegedly blocking her after posting videos of her winning performance.

Thompson-Herah took home the gold in the 100-meter and 200-meter races at the Tokyo Olympics and tried posting clips of her run on Instagram. But the Jamaican runner claims she lost access to the app after sharing the videos.

“I was blocked on Instagram for posting the races of the Olympic because I did not own the right to do so,” Thompson-Herah said in a tweet. “So see y’all in 2 days.”

I was blocked on Instagram for posting the races of the Olympic because I did not own the right to do so. So see y’all in 2 days

Thompson-Herah is the first woman in history to receive a “double-double,” winning two more gold medals after winning the same races in the 2016 Rio Olympics. But her victory at the Olympics didn’t stop Instagram from laying down the law when it came to copyright laws.

A few hours after sending out her tweet, Thompson-Herah revealed that the IG block was lifted, AOL reports. The International Olympic Committee (IOC) owns the rights to official video footage from the Olympics. Unfortunately, the athletes don’t share the privilege.

“Rights Holding Broadcasters (RHBs) have the exclusive rights to broadcast the Olympic Games,” the IOC said, as noted by The Guardian.

Athletes can share footage captured on their personal cellphones or behind-the-scenes clips. But a repost of an official video broadcasted by the IOC is an infringement on its intellectual property.

However, the copyright laws are different on Twitter. Thompson-Herah was able to repost a video clip of her historic feat.

“New personal best new national record just remember in the midst of the storm be the STORM!! You are the STORM!! #historybooks #DoubleDouble #fastestwomanalive #hisglory,” she exclaimed.

New personal best new national record just remember in the midst of the storm be the STORM!! You are the STORM!! #historybooks #DoubleDouble #fastestwomanalive #hisglory pic.twitter.com/JchJYmJV9Y

FacebookTwitterYoutube
← Kwaw Amos Is The Founder Of New York’s First Black-owned Winery And He Doesn’t Plan On Being The Last #BlackBusinessMonth ← U.S. Make COVID-19 Booster Shots Available To At-Risk Americans
×