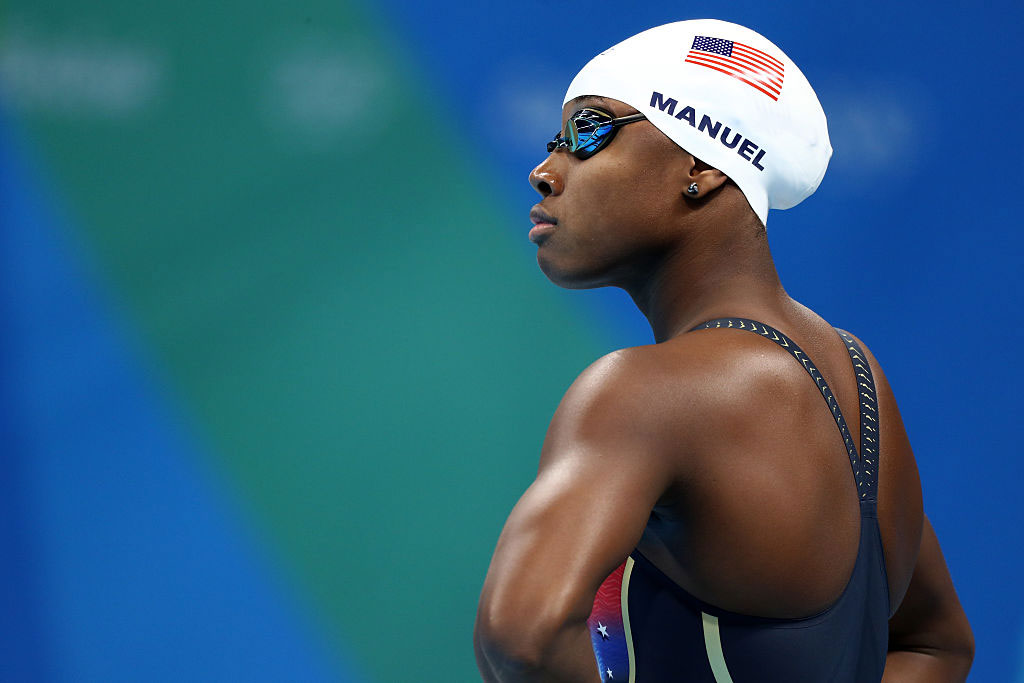 Olympic swimmer Simone Manuel is set to compete in the Tokyo Olympics. However, her revelation that she suffered from “a burnout diagnosis after a loss at the U.S. Olympic trials last month” brought up the sensitive topic as it pertains to Black women bearing the burden of experiencing severe fatigue and having to fight through it on a world stage.

“Burnout is a state of emotional, mental, and often physical exhaustion brought on by prolonged or repeated stress,” according to Psychology Today.

Experiencing life as a Black woman in America can be heavy for women who are not headed to the Olympics, too.

Naomi Osaka, who opted out of competing in the French Open, is also headed to the Olympics and the Haitian/Japanese tennis star has already been open and transparent about her mental health struggles. Now on a global stage, her mental health will be pushed to the limits.

Other Black women headed to the Olympics are carrying heavy burdens to Tokyo, too.

U.S. hammer thrower Gwen Berry has faced harsh criticism ahead of the Olympics after she turned to the side as the “The Star-Spangled Banner” played. She had a T-shirt with the words “activist athlete” Sen. Ted Cruz, Rep. Dan Crenshaw and others went after Berry and all the attacks surely took a toll on her mental health.

British swimmer Alice Dearing took on a world of heat, fighting to bring attention to Soul Caps, which was  banned by the International Swimming Federation (FINA) which refused to approve its use for swimmers with “thick, curly, and voluminous hair.”

While many workers juggle “long hours and stress,” Black women may also deal with microaggressions,  health disparities, lack of opportunities, and the weight of being “the only,” according to Good Morning America.

Black women may experience more consequences than many realize as a result of carrying heavy emotional loads.

“Analyzing data from the Study of Women’s Health Across the Nation (SWAN), we estimate that at ages 49–55, black women are 7.5 years biologically “older” than white women,” the U.S. National Library of Medicine, National Institutes of Health reported, per a published article.

Taking action to indulge in self-care, post-COVID-19, is a strategy Black women can utilize to improve their mental health, according to PsychCentral.

“This has been a difficult time for various reasons and ensuring that you have healthy coping strategies and tools on hand is important. This includes thinking about aspects of self-care strategies, such as exercise, good sleep hygiene, journaling, spiritual and mindfulness practices, for managing stress and anxiety, resources for coping with grief, and most importantly, using and maintaining your social support circles,” Danice L. Brown, Ph.D., licensed psychologist in Maryland and associate professor of counseling psychology at Towson University, said in PsychCentral‘s report.