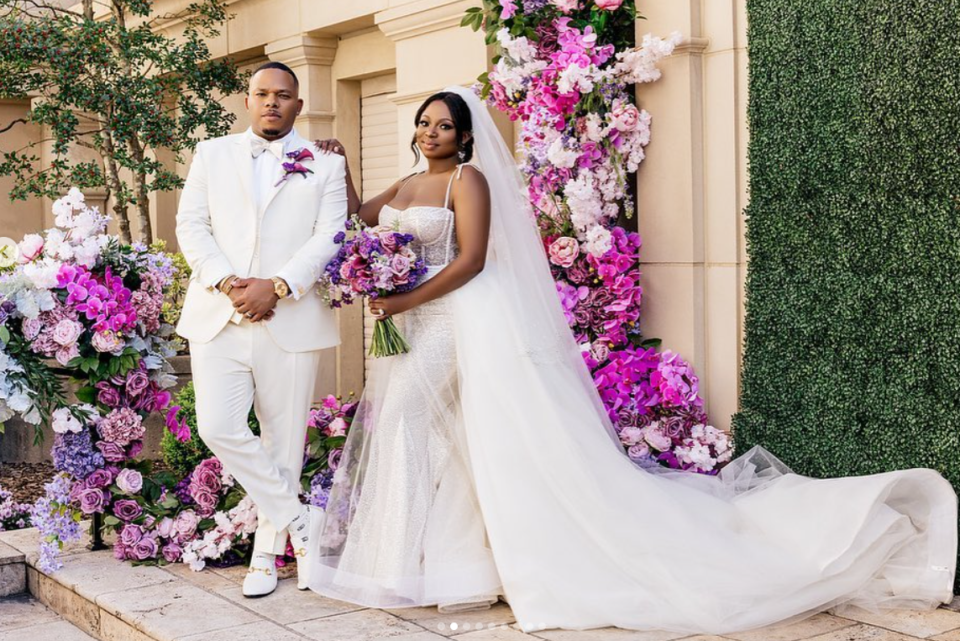 Actress Naturi Naughton spent the last day flooding her timeline with photos from her lavish weekend wedding in Atlanta.

The Power actress was joined by a few of her former co-stars from the show who stood alongside the bride and groom.

Naughton and her husband, Two Lewis, showed off their Black love alongside a huge wedding party of 11 groomsmen and eight bridesmaids. Naturi’s onscreen husband, Omari Hardwick, stood by her real-life husband as the best man while La La Anthony as well as radio personality Angela Yee served as bridesmaids.

Naughton, who still appears on the spin-off, Power Book II: Ghost, gave a special shoutout to Hardwick for being a constant support to her and Lewis throughout their relationship. It was through Hardwick, that Naughton ended up meeting his manager and falling in love with him.

“What can I say…I got good taste!,” Naughton jokingly captioned a photo alongside Two and Hardwick “#TVHubz & #RealLifeHubz. Thanks @omarihardwickofficial for supporting our love from #DAYOne.”

Speaking on the day she met Lewis in February 2019, Naughton knew the vibe was right but had no idea he would become her husband.

“We really just hit it off immediately,” Naturi told Brides. “It was almost like I met someone that was like a best friend. It wasn’t instantly romantic. We were just getting to know each other as people.”

For the ceremony, Naughton’s daughter, Zuri, served as the flower girl with Lewis’ niece, while “This Is How We Do It” hitmaker Montell Jordan took on his pastor role to officiate the nuptials. Jordan and his wife, Kristin, provided counseling to Naughton and Lewis.

Singer Tevin Campbell sang “Brown Eyed Girl” while Naughton was escorted down the aisle by her father.

“As we were rehearsing, I already started crying,” she said. “The fact that my father is still here with me and my parents have been married for 50 years makes me so grateful.”

For her last wedding post, Naughton highlighted her family and honored her daughter.

“We are a Familyyyyyy. To My Baby Zuri, my beautiful brown-skinned girl…you deserve ALL THIS LOVE,” Naughton captioned the heartfelt post.