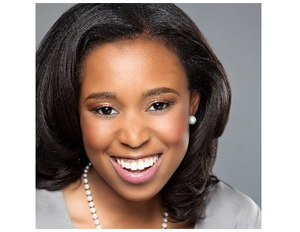 Back in March, BlackEnterprise.com caught up with a young tech entrepreneur named Maci Peterson. Peterson had just launched the app On Second Thought in December of last year.

On Second Thought is a messaging app that allows you to retrieve a message you may have hastily sent, within a 60-second window.

Users can take back a message with just a swipe. Retrieval also works with image and video attachments, as well as voice messages. USA Today hailed the app as a “drunken text savior.”

Back in March, Peterson said the app had about 4500 users and was quickly reaching 5000 users. To date, the app now has 45,000 users. Peterson says that the average month over month growth rate is a whopping 630%, and the monthly retention is an impressive 33%. Its incubators are RocketSpace and 1776 DC.

Additionally, the app was voted first place in Vice Magazine’s listing of “5 Apps Beating Tinder and Uber.” The company was listed as one of the “Top 150 Startups in D.C.” by DC Inno in March 2015, and has almost 300 press mentions and an array of broadcast coverage since launching last year.

Although the app is still in Android beta, Peterson says the final Android version would launch soon. On the roadmap is a version for iOS, due to roll out next week. You can sign up here to receive the link as soon as the iOS beta is available. Android users can download On Second Thought from Google Play.