Onboard for a New Level of Coverage 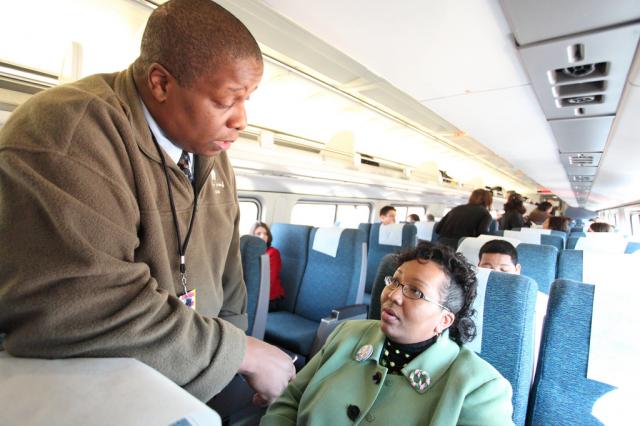 As I sit with the traveling press awaiting to get on the bus to the train station to board the Obama Express, I am reminded by Lonnie Major, our senior photo editor, that we’ve come full circle in Black Enterprise‘s coverage of President-elect Barack Obama. Lonnie and I were covering Candidate Obama before the primaries, driving from county to county while he was connecting to voters in small towns.

Those were the days before Obama drew 200,000-plus crowds. We were there first before CNN and the Washington Post put megabucks into the coverage. But we are with the big boys of the media — right where we belong. I reflect on other moments in political history that I’ve seen and reported — L. Douglas Wilder‘s ascension to the governorship of Virginia and Ron Brown becoming the first black Democratic National Committee chairman, to name two.

Now, however, we are engaged in a different level of coverage. As we wait for scores of supporters and dignitaries to gather to hear the man who would be the first African American president, we are about to bear witness to an event in American politics unlike any the world has seen before.

Derek T. Dingle is the editor in chief of Black Enterprise magazine.