One Mother's Journey with Her Gifted Children 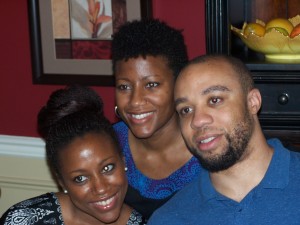 Colette Morehead is a Nevada educator who has raised three highly gifted children into adulthood. I met Colette earlier this year during a workshop where she shared her story with me. Raising gifted children is a challenge for any parent, but raising three can be daunting.

In this two-part story, Colette shares her experiences.

BlackEnterprise.com: What challenges did you face in getting schools to recognize and provide for your children’s giftedness?

Morehead: My twin girls, Nicole and Natalie, were readily identified and participated in the school district’s pullout gifted program during their early elementary school years. They enjoyed the gifted services for two years.

Afterwards, however, without a reasonable explanation, my daughters were denied access to the gifted program. I went back and forth with the school administration, but eventually, accepted their decision, knowing that I would be able to supplement their education on my own.

Later, in the fourth grade, the girls participated in the orchestra. In time, however, this experience also came to an end. Most African American students in our district quit the orchestra because they were uncomfortable and believed that the directors were biased in their interactions with them. Upon the twins entering middle school, their grades began to decline and I found myself meeting regularly with their teachers. As a parent, I became frustrated with teachers’ inconsistent grading practices and punishments extended to my children.

Did your children ever face times when they denied their gifts just to fit in with others, or were challenged by educators who did not believe in them?Â

Interestingly, Evan’s bold, strong personality would not permit anyone’s denying [of] his giftedness. He didn’t face as many challenges as his sisters until he reached high school. He often complained to me about a white classmate that told him that he was black and had no business being ‘smart.’ Finally, one day Evan had had enough and had a physical altercation with this classmate. Luckily, his coach supported Evan, who wasn’t punished. Evan’s actions put an end to these confrontations.

After completing 11th grade, the twins were accepted into A Better Chance, which sponsored them to attend Cheshire Academy boarding school in Connecticut. When they left the public school, their former classmates called them traitors–that ended most of the friendships. The sacrifice was worth it, however, because Cheshire provided an excellent educational environment and was instrumental in my daughters’ gaining acceptance to a number of top-tier universities, including Wellesley College. Evan graduated from high school with a 4.8 GPA and attended Carnegie Mellon University.

This post was written by Joy Lawson Davis, associate professor and chair, Department of Teacher Education atÂ Virginia Union University. She is also the author of Bright, Talented and Black: A Guide for Families of African American Gifted Learners.