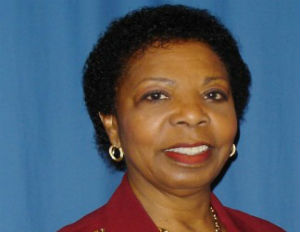 My name is Lottie Shackelford and I am the Women’s Caucus Chair of the Democratic National Committee, a vice chair emeritus, the former mayor of Little Rock, Arkansas, and a mother and a grandmother. Every day I try to focus on ways or issues that will make life better and safer for women. However, I’m uncomfortable when people use a woman’s right to feel safe from verbal and physical violence purely as a political issue. Many times it is a life and death issue. Many Republicans — including presidential candidates Marco Rubio and Ted Cruz — have not treated violence against women as an important issue.Â  And I just can’t stay silent any longer.

This week marks the third anniversary of the 2013 Reauthorization of the Violence Against Women Act (VAWA). When VAWA was first proposed in 1993, a woman was raped every six seconds, and beaten every 15 in the United States. Those numbers were staggering and this is just what was being reported at that time. Since VAWA was enacted, cases of domestic violence have fallen by 64%, and more than 1 million women have been able to turn to our justice system to obtain protective orders against batterers, rapists, and stalkers.

Despite this success, advocates against domestic violence understood that there was still much work to be done. So when it came time to reauthorize VAWA, lawmakers added new language to expand the bill’s protections to the LGBT community, undocumented women, Native American women, and included additional provisions to help eliminate domestic violence on college campuses. These are protocols that will ensure that even more people are protected. Isn’t that something to celebrate?

But nothing is ever that easy. Republicans in the House and Senate, including Rubio and Cruz, tried to obstruct it for partisan political reasons. In the end, 22 Republican senators and a majority of Republican House members turned a blind eye to victims of domestic violence and voted ‘no’ on the landmark law.

Fortunately, enough lawmakers understood that preventing domestic violence is simply the right thing to do and the bill passed.

However, the fact remains that Rubio and Cruz did not vote for a law that has reduced domestic violence. And on top of that, they both want to repeal the Affordable Care Act, which makes sure that being a victim of domestic violence is no longer a pre-existing condition and protects women from being denied coverage in the wake of an assault.

Lottie Shackelford is the Women’s Caucus Chair of the Democratic National Committee, a vice chair emeritus, and the former mayor of Little Rock, Arkansas.