Oprah and Lionsgate to Adapt the NYT's '1619 Project' Into Films, TV Programming, and Other Content 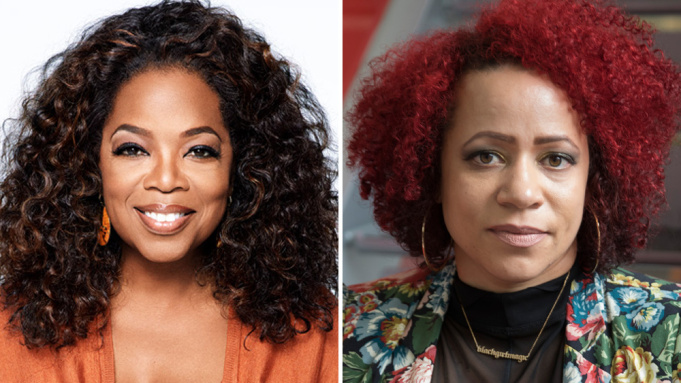 Oprah Winfrey, Lionsgate, The New York Times, and Pulitzer Prize winner Nikole Hannah-Jones have joined forces to adapt “The 1619 Project” into an expansive portfolio of films, television shows, documentaries, unscripted programming, and other forms of content.

Released in August 2019, “The 1619 Project” is a groundbreaking investigative project created and spearheaded by Hannah-Jones that details the impact of American slavery from the arrival of the first Africans to Virginia in 1619 to modern-day racism. The critically acclaimed series includes well-researched essays that examine the transatlantic slave trade and how the legacy of slavery has shaped all aspects of society, from music to law to education to politics. It includes contributions from Black authors, essayists, poets, playwrights, and scholars.

“From the first moment I read ‘The 1619 Project’ and immersed myself in Nikole Hannah-Jones’s transformative work, I was moved, deepened and strengthened by her empowering historical analysis,” said Winfrey in a press statement. “I am honored to be a part of Nikole’s vision to bring this project to a global audience.”

Winfrey and Hannah-Jones will produce the adaption along with Caitlin Roper, an editor of “The 1619 Project” and Times Magazine’s head of scripted entertainment. Hannah-Jones will also recruit Black creative voices to help develop the series.

“We took very seriously our duty to find TV and film partners that would respect and honor the work and mission of ‘The 1619 Project,’ that understood our vision and deep moral obligation to doing justice to these stories,” Hannah-Jones said in a press statement. “Through every step of the process, Lionsgate and its leadership have shown themselves to be that partner, and it is a dream to be able to produce this work with Ms. Oprah Winfrey, a trailblazer and beacon to so many Black journalists.”

Calling it “one of the most impactful and thought-provoking works of journalism of the past decade,” the NYT says its five-part podcast, “1619,” will also be adapted into multiple forms of content and entertainment.

“For many Americans, ‘The 1619 Project’ was a great awakening and a true history that you probably never learned in school,” said Lionsgate CEO Jon Feltheimer. “For others, the project was a fresh analysis of the historical record by one of the world’s leading media authorities. We’re proud to partner with The New York Times, Nikole Hannah-Jones and Oprah Winfrey, a creative talent with unparalleled stature, to amplify Nikole’s voice and reach across our worldwide platform to marshal all of our top creative relationships to translate her vision into a canon of storytelling for a global audience.”

According to the news release, “The 1619 Project” was one of The Times’ most widely read pieces of journalism in 2019. It has also been adapted into a series of books with One World, a division of Penguin Random House.