Oprah and Ava DuVernay Team Up for OWN Series 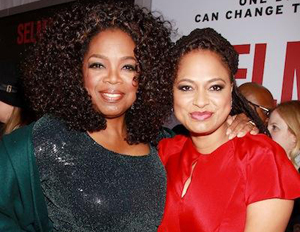 If you pride yourself on making smart money choices and ridding your monthly cable bill, you may want to quickly find another way to cut corners. Oprah and Selma Director Ava DuVernay are reuniting for a newÂ OWN series, and if it’s anything like their previous work together, itÂ will be nothing short of epic.

The new series, inspired by Natalie Baszile’s novelÂ Queen Sugar, “will follow a spirited woman, along with her teenage daughter, who leaves behind her upscale L.A. lifestyle for her Southern roots by way of an 800-acre Louisiana sugar cane farm she inherited from her recently departed father,” according to Variety.

“I loved this book and immediately saw it as a series for OWN,” Winfrey told Variety. “The story’s themes of reinventing your life, parenting alone, family connections and conflicts, and building new relationships are what I believe will connect our viewers to this show.”

Oprah will make her OWN acting debutÂ with a recurring role in the highly anticipated series, but her character has not yet been revealed. DuVernay is behind the scenes as aÂ writer, director and executive producer. She told Variety, “From the moment I was introduced to the book, I was captivated by the idea of a modern woman wrestling with identity, family, culture and the echoes of history. To bring this kind of storytelling to life alongside Oprah for her network is wildly wonderful. I’m excited about what’s in store.”

The new show is slated to premier later this year.

This role for WinfreyÂ will makeÂ one of several within the lastÂ two years. In 2013 the all-around personality starred in Lee Daniels’ The Butler as Gloria Gaines and this past January sheÂ delivered a stunning performance asÂ Civil Rights activist Annie Lee Cooper in Selma.

Are you excited aboutÂ the new OWN series? Let us know below.