Orlando Massacre Was A LGBT Hate Crime Not A Terrorist Act 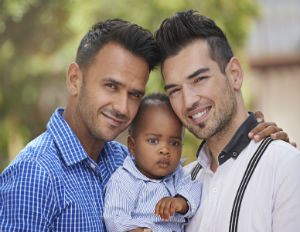 Make no mistake about it; the devastating massacre that took place at Orlando’s Pulse Nightclub was a hate crime, not a radical Islamic terrorist act. The killing spree left 49 victims–significantly gay Latinos–and the shooter dead and 53 people injured. The massacre happened on Latin-themed night at the Floridian hotspot for the lesbian, gay, bisexual, and transgender (LGBT) community.

Outside of the 1890 massacre at Wounded Knee Sunday’s massacre is the deadliest mass shooting event in U.S. history, note news reports. We cannot negate the fact that this is also the deadliest event targeting LGBT people in U.S. history, nor the fact that is happened during LGBT Pride Month in the United States, when millions of courageous individuals are celebrating the freedom to live their truth and support others willing to take the brave step.

Celebrating LGBT pride was, in fact, established in the aftermath of violence–particularly police brutality–against LGBT people for deciding to be OUT and proud. The Stonewall Inn in New York City is a gay bar and the site of the historical 1969 Stonewall riots that is often referred to as the trigger for the LGBT liberation movement.Â  Now, nearly 47 years later after the historic Stonewall Riots, another anti-LGBT attack has happened, and our community must find a way to heal and thrive in the aftermath of this evil hate crime.

Yet, the focus is not on the shooter’s violent behavior or homophobia that led the mass shooting. Instead, it is on whether he had ties to ISIS even though two prior federal investigations came back stating he was not a terrorist threat. The lone gunman, identified as Omar Mateen and born to Afghan parents, allegedly declared his allegiance was to the Islamic State in a call to 911 before he opened fire. Mateen’s father told reporters that just before the killing spree, his son was enraged by seeing two men kissing in public. Mateen’s ex-wife talked about him being a violent man.

But Republican presidential candidate, Donald Trump, is using the incident to support his rhetoric calling for a U.S. ban on Muslims, while the news media has been quick to label the massacre a domestic terrorist act against Americans. But this was someone looking to kill gay men, not seeking to kill any American citizens. Truth be told, Florida is among some 28 states where there has been a wave of anti LGBT-discrimination campaigns and proposed laws under the guise of Christian religious freedom in the past 18 months, including Arizona, Georgia, Indiana, North Carolina, and Pennsylvania.

The National Black Justice Coalition (NBJC), aÂ Washington D.C.-based national civil rights organization dedicated to the empowerment of Black LGBT people, released this statement, “NBJC envisions a world where all people are fully-empowered to participate safely, openly, and honestly in family, faith and community, regardless of race, class, gender identity, sexual orientation, or disability. Today’s event confirms to us to continue the work for all people to be able to live their authentic lives–free from fear of violence, hate or discrimination.” NBJC’s mission is to end racism and homophobia.

FacebookTwitterYoutube
← LinkedIn Bought by Microsoft for $26.2 Billion in Cash ← Are Diversity and Inclusion Good For Business?
×