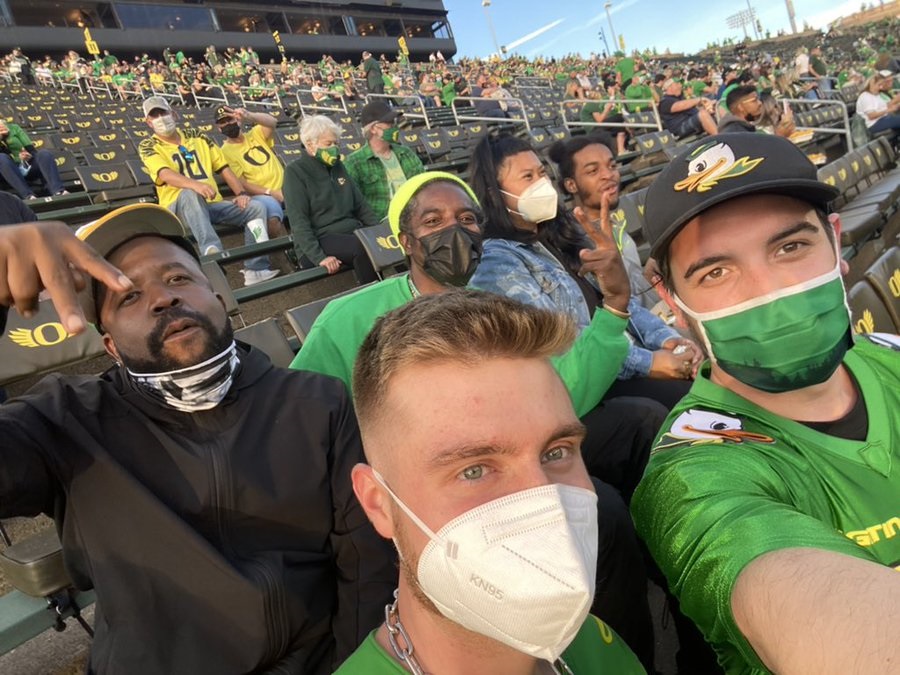 Could the Outkast song or album fans have been waiting for finally be on the way?

Andre 3000 and Big Boi were photographed together by a fan during a rare sighting in Eugene, Oregon. Captioning the photo, “Coolest Duck game ever,” a University of Oregon fan shared the selfie with on Twitter. The iconic Atlanta duo were in full Daddy-mode, with Dre’s son Seven in tow as they watched Big’s son Cross on the field.

Since being posted on Saturday night, the photo has been liked over 8,000 and re-shared over 1,500 times; and of course drawn plenty of replies alluding to the reunion fans have been wanting for over a decade.

Yo so they working on an album or what. They chilling together lol. Nah fr though, it’s is dope.

I hope they recording an album out there in between games

The Outkast Reunion conversation sparked back up three weeks ago, when an Andre 3000-featured Kanye West song was leaked to the internet – allegedly by Drake – after being left off of Ye’s album Donda. 3 Stacks responded with a full statement expressing his disappointment that the song didn’t make the cut and the fact that he had no clue Kanye’s verse would include a Drake diss. Dre, for his part, stayed on topic, addressing his heartfelt verse to his mother Sharon, who passed away in 2013.

In the statement, the illusive rapper also shared a list of artist he would love to collaborate with, including Jay-Z, Kendrick Lamar and Lil’ Baby, but notably did not reference his Dungeon Family brother. The two did recently celebrate the 25th anniversary of their sophomore album, ATLiens, with new merch, a new mobile game and a animated video for “Two Dope Boys (In A Cadillac)”.

Following the Duck’s 41-19 win over the Arizona Wildcats, Big Boi shared a celebratory video with his Instagram followers.